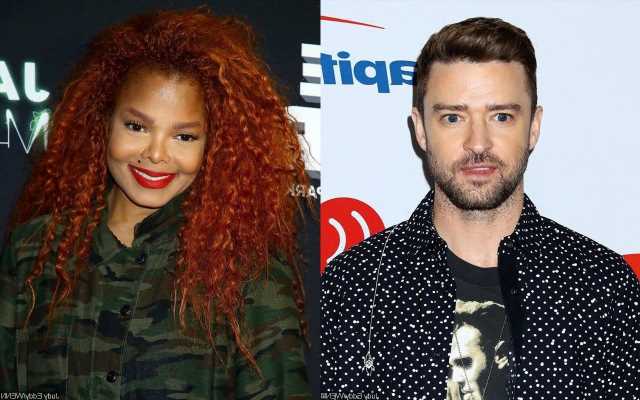 The ‘Suit and Tie’ hitmaker is reportedly happy after the ‘When I Think of You’ songstress reveals the ‘truth about their friendship’ as he’s allegedly ‘tired’ of hearing about the scandal.

AceShowbiz –Justin Timberlake is seemingly happy after the public knew the truth about the current nature of his relationship with Janet Jackson following the nipplegate scandal. The “Can’t Stop the Feeling” hitmaker is reportedly “relieved” after the “When I Think of You” singer revealed that they’re “good friends.”

“Honestly, Justin is relieved that Janet let everyone in on the truth about their friendship,” a source spilled to HollywoodLife.com on Wednesday, February 2. The insider added, “Because he was tired of hearing about it and having to answer questions about it.”

The so-called inside source went on saying, “It was so long ago, yet it still is something very painful for him, and he imagines for Janet, too.” The informant further stressed that Justin “has nothing but love and respect for Janet and they have become close.”

A separate source noted that Janet has “become like a sister to him” and that she “knows he is always down to collaborate if she ever wishes to get into the studio together.” The insider also claimed that Janet “contacted him prior to revealing the update and he was absolutely on board.”

“He was glad to hear that she was addressing everything and hopefully put it to an end,” the source told the outlet. The insider also said that Justin “is really looking forward to the moment where he can do new music, do new films” as Janet has addressed the truth.

“He is so relieved that people know that he is friendly with Janet. [It] makes things so much easier for all the people who are talking about it negatively,” the informant continued. “He finally feels that he won’t have to walk on broken glass anymore.”

The reports came shortly after Janet revealed in the second part of her tell-all documentary “JANET” that she and Justin are “good friends” after their infamous Super Bowl scandal. She said, “Justin and I are very good friends and we will always be very good friends. We spoke just a few days ago.” She then added that she and the “Suit & Tie” crooner “have moved on” and stressed that “it is time for everyone else to do the same.”

Janet also insisted that the wardrobe malfunction “was an accident that should not have happened.” She added, “But everyone is looking for someone to blame and that’s gotta stop,” before pointing out, “This whole thing was blown way out of proportion.”