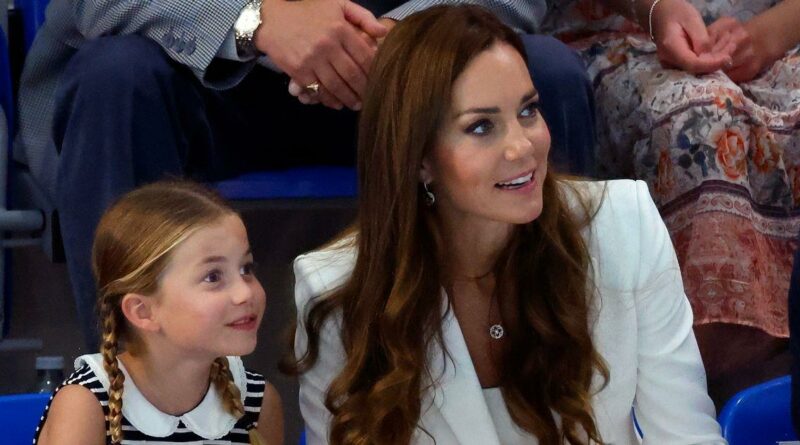 The Princess of Wales has accepted defeat and said she keeps struggling on one key parenting skill regarding Princess Charlotte.

Although the family always look put together and it seems that Prince William and Kate have everything under control, there's one thing that Kate has admitted to still struggle with when it comes to her daughter Charlotte.

During a visit to Cumbria in June 2019, Kate revealed that she struggled with styling her daughter's hair.

Kate complimented a young girl on her plaits, asking her who had plaited them, before going on to admit that she struggles with styling Charlotte's long hair.

She said: "I tried to do a plait with Charlotte this morning, it didn't really work very well."

However, Kate is not the only one struggling with this part of parenthood, as Prince William has said he turns to a modern way to help him with the task after having previously joked: “Never try to do a ponytail.”

Instead, Prince William has revealed that he turns to online tutorials to help style Charlotte's hair.

Earlier in 2019, Daily Mail Royal editor Rebecca English revealed in a series of tweets that Katherine had complimented a young girls plaits while on a visit to a children's hospice, and referred to her own daughter by saying: "[Charlotte's] hair’s only this long so we have to do them at the top.”

Since becoming parents, both William and Kate have revealed that they want their children to have as normal upbringing as possible. This includes family pizza nights and other typical family outings.

Speaking to GQ magazine in 2017, William emphasised his wish to keep Charlotte and her siblings grounded, saying: “I want to bring up my children in a happy, stable, secure world and that is so important to both of us as parents. I want George to grow up in a real, living environment. I don’t want him growing up behind palace walls, he has to be out there.”

William later revealed in ITV documentary When Ant And Dec Met The Prince: 40 Years Of The Prince’s Trust, that he's a lot more emotional since becoming a parent.

"I never used to get too wound up or worried about things. But now the smallest little things, you well up a little more, you get affected by the sort of things that happen around the world or whatever a lot more, I think, as a father.

Just because you realise how precious life is and it puts it all in perspective. The idea of not being around to see your children grow up [is horrible].”