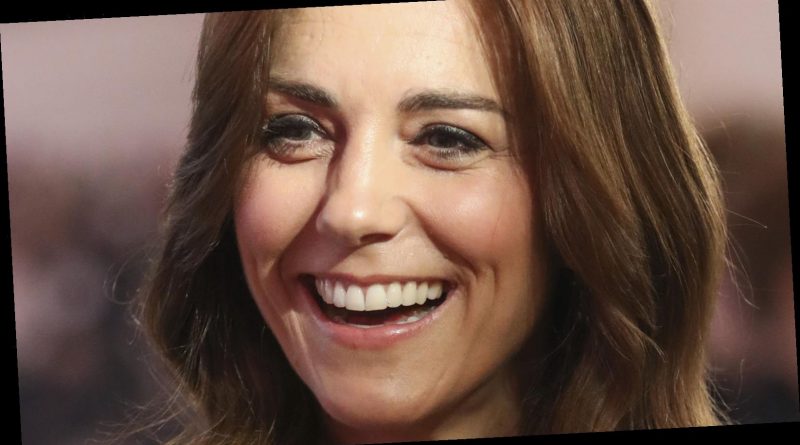 Kate Middleton and Prince William have stepped out again in the wake of Prince Harry and Meghan Markle’s bombshell interview with Oprah Winfrey on March 7, 2021. The shocking tell-all thrust the British royal family back into the spotlight and got everyone talking, as Meghan in particular made some very bold claims about her time as a senior working member of the family.

Kate and William became the first members of the royal family to make a public appearance after the interview when they were spotted together on March 11, 2021. The Duke and Duchess of Cambridge were photographed at a school in Stratford, east London, where they both wore masks amid the ongoing coronavirus pandemic as they chatted with teachers and students. The appearance hit the headlines as it also marked the first time one of the royals had spoken about the interview to the press.

A Sky News reporter asked William about the tell-all and referenced Harry and Meghan’s allegations that an unnamed royal discussed the color of their son Archie’s skin before he was born, which lit the fuse on allegations of racism within the royal family. William responded, saying, “We are very much not a racist family.” He was also asked if he’d spoken to his brother since the interview aired, to which he replied, “No, I haven’t spoken to him yet but I will do.” So, what happened during the Cambridges’ second public foray following the tell-all? Keep reading to find out.

Kate Middleton and Prince William stepped out for their second public engagement since the infamous Oprah Winfrey interview on March 18, 2021. Per People, they were again spotted in east London where they visited an ambulance station to chat to ambulance crews and paramedics “about the intense challenges of working during one of the most difficult times in the service’s history,” the coronavirus pandemic.

Both wore face masks and dressed for colder weather. William wore a navy coat with a sweater and collared shirt underneath, while Kate stunned in a long, camel-colored double-breasted coat. She carried a matching bag with a gold chain handle and wore her brunette hair down. The couple was spotted on what appeared to be a video call as a paramedic held her phone up to them. They also “heard more about the mental health and wellbeing support provided to staff at the station” as they visited its Wellbeing Garden, People reported. William and Kate did not appear to speak about Meghan and Harry or their Winfrey interview during the visit.

Kate was spotted out solo a few days earlier on March 13, 2021. Candid photos and footage surfaced of her in Clapham Common, London, as she attended a memorial for Sarah Everard, a woman who was missing for days before her remains were found miles away from her last known location. The Mirror reported that she laid flowers for Everard.