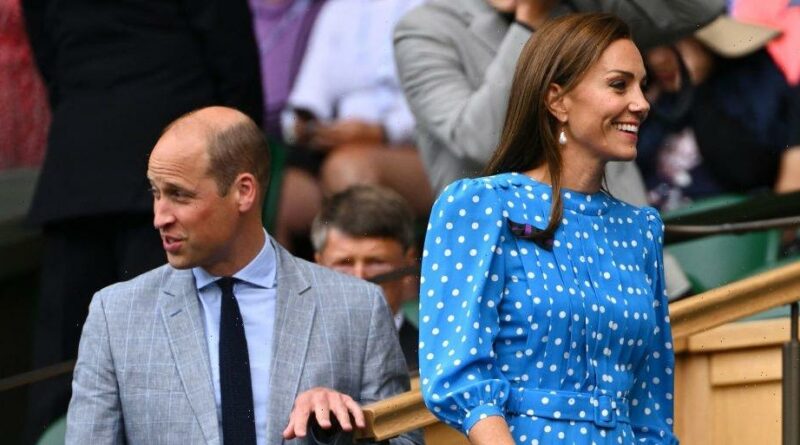 Duchess Kate and Prince William made an appearance today at Wimbledon.

The Cambridges arrived at the quarter finals of the tennis championships Tuesday morning in London and sat in the Royal Box with others, including the chairman of the All England Club, Ian Hewitt, and Kate’s parents, Carole and Michael Middleton.

The Duchess of Cambridge—who is the patron of the All England Lawn Tennis and Croquet Club (AELTC)—looked radiant in a bright baby blue dress with white polka dots, billowing sleeves, and a built-in belt. 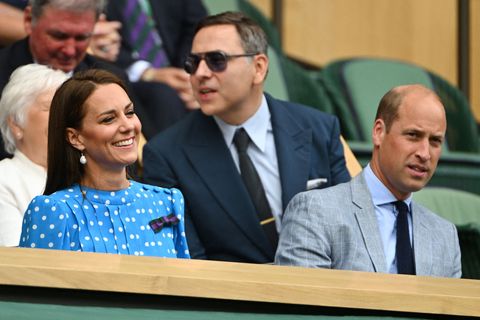 She paired the Alessandra Rich dress with black-and-white slingback heels, a white mini bag, pearl drop earrings, and her sapphire engagement ring. As the sun came out during the match, she also accessorized with brown tortoiseshell sunglasses. 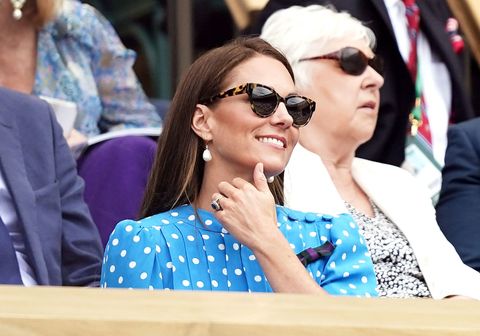 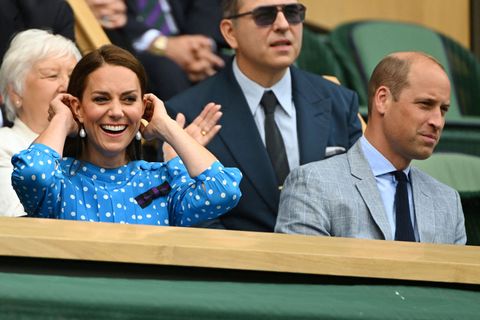 The Cambridges were pictured crossing the bridge from the Millennium Building into Centre Court after arriving at the SW19 grounds via the players’ entrance. They happily greeted people as they walked into the event and took their seats.

They were later seen chatting and laughing together during the match, in which Serbian tennis star Novak Djokovic went up against Team Italy’s Jannik Sinner. 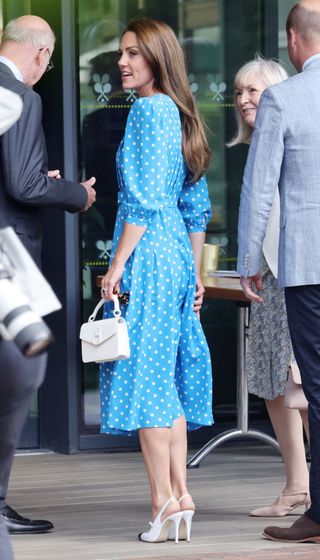 This is the Cambridges’ first Wimbledon appearance this year, though some of Kate’s family members have been enjoying the tournament over the past week. It is set to wrap up July 10.