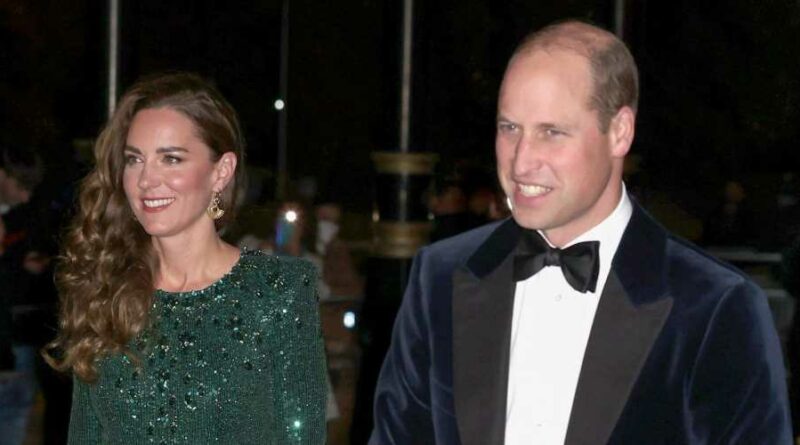 After ten years of marriage, Kate Middleton and Prince William are still the picture of pure marital bliss. Case in point? On New Year's Eve the couple offered a rare glimpse into their relationship behind closed doors with a never-before-seen romantic photo of themselves.

"Wishing everyone a Happy New Year!" the Cambridges captioned a PDA-filled snapshot on Instagram.

In the pic — which was taken in September at U.K. premiere of the latest James Bond Film, No Time to Die — Kate and William looked loved-up while holding hands in the back of their private car. The pair, who hardly ever shows any form of PDA, beamed in front of the camera, and Kate placed her other hand over the top of William's firm clasp.

According to body language expert Judi James, their choice of photo says a lot. "The hand clasp is an important signal as it also speaks of the enduring strength of their relationship together," James told The Sun. "Kate is making what looks like a very firm statement here, by not just holding her husband's hand but placing her other hand over the top of his in a gesture of affirmation and ownership that implies he is still very precious to her." She added that their pose also seemingly calls back to the time when they were dating.

"They would often be seen flirting and getting tactile together in the back of limos after rolling out of parties," James continued. "Since their wedding their body language together has been much more discreet but the choice of composition suggests they are still very much the same fun, flirty duo that they were back then."

It's contrasting to the image the couple portrayed while walking the red carpet together at the event. Engaging in absolutely zero PDA, Kate and Will kept a respectable distance from each other given the professional setting. However, the couple have been sharing more and more of their life beyond the palace as of late. Not only did they share a super casual Christmas card with their three children — Prince George, Princess Charlotte, and Prince Louis — but Kate also revealed that she's a secret pianist in addition to her many other talents.