Kate Middleton is getting candid about motherhood, and she’s not afraid to tackle sensitive topics.

During her appearance on Giovanna Fletcher’s podcast, Happy Mum, Happy Baby, the Duchess of Cambridge discussed posing for photos outside of the Lindo Wing after giving birth to Prince George in 2013. Fletcher asked the duchess how she felt taking part in the very public photocall so soon after welcoming her first baby. Kate replied, “Yeah, slightly terrifying, slightly terrifying, I’m not going to lie.”

But despite her own fears about it, the Duchess of Cambridge revealed why she introduced all three of her children during the traditional royal photocalls. She revealed, “Everyone had been so supportive, and both William and I were really conscious that this was something that everyone was excited about. And, you know, we’re hugely grateful for the support that the public had shown us, and actually for us to be able to share that joy and appreciation with the public, I felt was really important. But equally it was coupled with a newborn baby, and inexperienced parents, and the uncertainty of what that held, so there were all sorts of mixed emotions.” 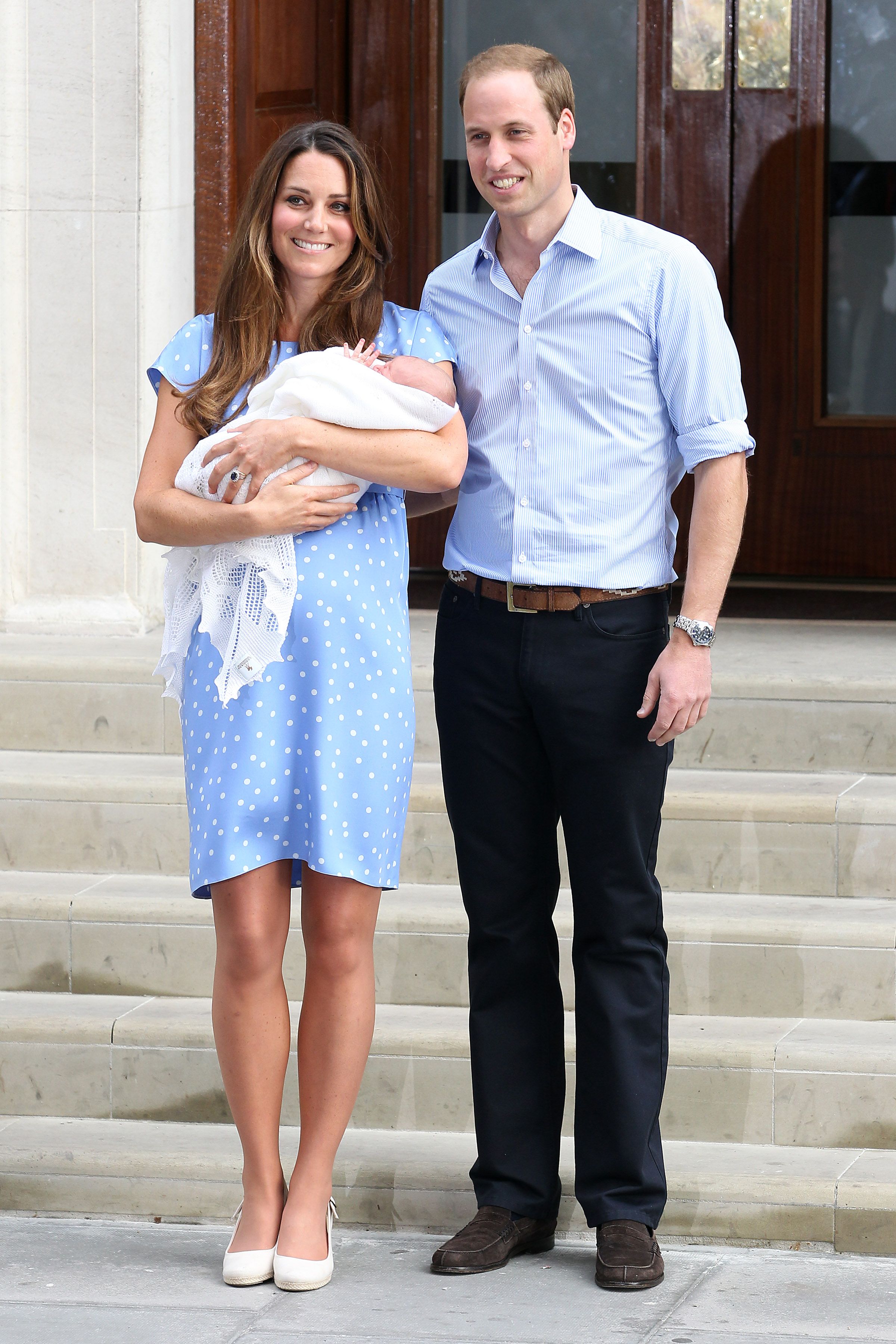 Kate also revealed that she wanted to leave the hospital after giving birth. Per the duchess, “I was keen to get home because, for me, being in hospital, I had all the memories of being in hospital because of being sick [with acute morning sickness] so it wasn’t a place I wanted to hang around in. So, I was really desperate to get home and get back to normality.”

🎙️ The Duchess of Cambridge has joined @MrsGiFletcher for an episode of the ‘Happy Mum, Happy Baby’ podcast to talk about her landmark #5BigQuestions survey. On the special episode of ‘Happy Mum, Happy Baby’, released on Saturday, 15th February at 1600 GMT The Duchess and Giovanna discuss the importance of the early years, their shared experiences as mothers to three children, and The Duchess’s ‘5 Big Questions on the Under fives’ survey. It’s not too late to have your say in the biggest national conversation on the early years — visit the link in our bio to complete the survey 📋 and help bring about positive, lasting change for generations to come.