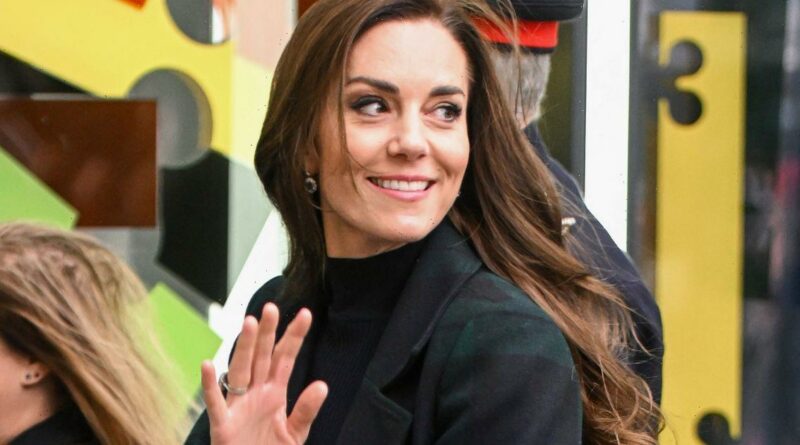 Kate Middleton said “talking therapies don’t work for some” on her first royal engagement since the release ofPrince Harry’s bookSpare.

The Princess of Wales, 41, travelled to Liverpool with husbandPrince William toofficially open a hospital.

The royal couple wereall smiles and weremet with warm rounds of applause as they arrived for the engagement – with one well-wisher telling the Prince of Wales, 40, to “keep going” in a reference to the damaging claims that have emerged from Harry’s tell-all memoir.

And later, William and Kate met children, aged 14 to 15, who are using the arts to help with their well-being at the Open Door Charity.

According toThe Sun, Kate asked them: “Has producing music and taking part in those workshops helped? Has it helped with your personal lives?”

One boy replied: “I’d say so. For me, having that music as a tool is good to express my emotions through something I can enjoy. Producing music and letting out what you’re feeling is better than saying it in a clinical atmosphere.”

Kate then said: “Talking therapies don’t work for some people, they’re not for everybody. It’s so important to have a range of therapies.”

Her comments came after Harry, 38,discussed therapy in his book Spare and during TV interviews to promote it.

In his memoir, the Duke of Sussex wrote he was so close to his therapist she was thefirst person he called after the allegedphysical altercation with the Prince of Wales.

He also said William feared he was being “brainwashed” by therapy.

Following the publication of Spare, sources close to the Royal family toldThe Telegraph there were “concerns” about the way the Duke was using therapy.

According to the outlet, whileKing Charles and Prince William believed the Duke needed professional help, it appeared to make him more angry and determined to blame others for his struggles.

Meanwhile, King Charles beamed as he returned to work ona royal visit in Aberdeenshire. The King, 74, travelled to the Aboyne and Mid-Deeside Community Shed to tour its new facilities and meet local charity and support groups.

While touring the Aboyne Men’s Shed workshop, Charles watched attendees of the group work on their craft skills, including wood and stone carving. He then learned more about the group, which aims to reduce social isolation by running workshops and social groups for local residents.

The King and heir to the throne appeared to belaughing off the claims made in Harry’s book on Thursday’s royal engagements.

Harry’s memoir was officially released on Tuesday – with the English language editionselling more than 1.4 million copies on its first day of publication, making it thefastest-selling non-fiction book ever.

The book brought anew round of attacks on the Royal Family. It also contained a number ofintimate revelations about King Charles– as well as someilluminating insights into royal life.