Kelly Clarkson has a brand-new TV show and fans are loving it. The former American Idol winner has seemingly discovered the perfect blend of music, celebrity interviews, and one-on-one interaction with her audience, and the show has been deemed a success.

Still, Clarkson has made a few missteps in the time that she has been hosting the show. In addition to some viewers finding her a bit too chatty, Clarkson has also welcomed several guests who could be considered controversial.

One such guest is Theresa Caputo, better known to viewers as the “Long Island Medium.”

Caputo recently sat down with Clarkson on The Kelly Clarkson Show to give her a psychic reading, but fans were quick to express their views on the medium. 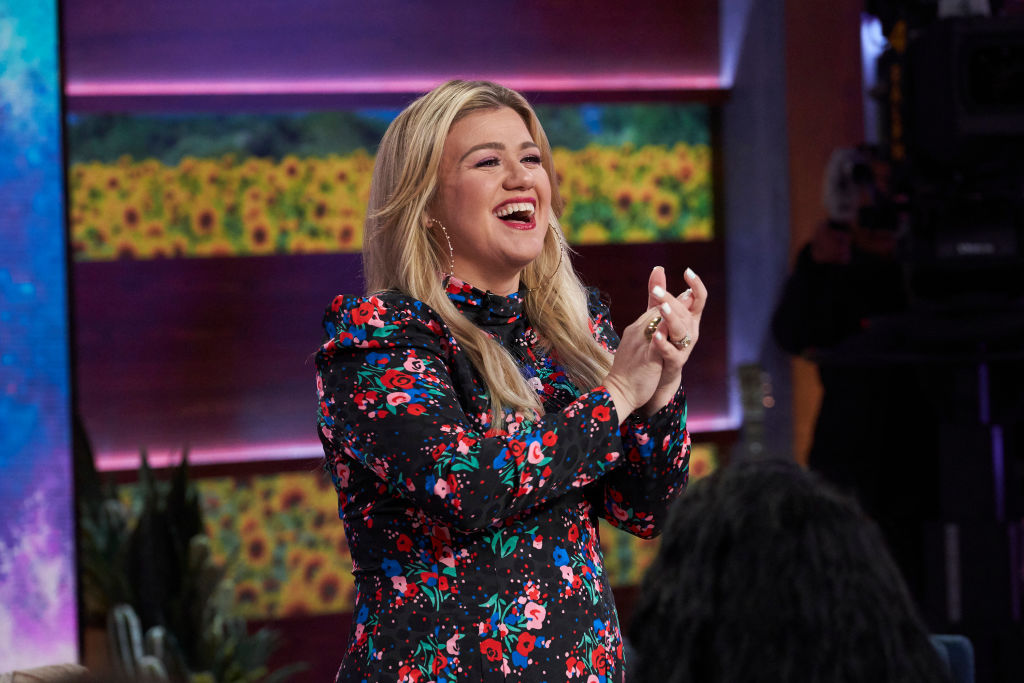 Who is Theresa Caputo?

Viewers were first introduced to Theresa Caputo in 2011 when the show Long Island Medium premiered on the TLC network.

The show followed Caputo, a self-professed psychic medium, as she met with clients and gave them “readings,” in which Caputo translated the emotions and feelings of “spirit” (usually a deceased relative) to the client.

The show also featured Caputo interacting with her family, including her husband Larry and their two children.

Long Island Medium was a hit for the network and Theresa Caputo became famous quite quickly. Fans from all over the world flocked to her New York home in an attempt to reconnect with their loved ones who had passed on.

The show is still in production and Caputo is expected to continue to film more episodes of the popular reality show. Still, it hasn’t been all positive for Theresa Caputo since becoming a household name.

Why is Theresa Caputo controversial?

Just a little fangirling here ?ll be on the @kellyclarksonshow show tomorrow! Talking Long Island Medium and maybe a reading or two ? ? link in bio where to watch ? #kellyclarksonshow #longislandmedium #wednesday

Many critics have slammed Caputo as a fake and fraud over the years, including TV host John Oliver. A few people have claimed that it is “dangerous” to present psychic abilities as something real and that her practice of supposedly connecting people with their dead loved ones is cruel and predatory.

Another criticism often leveled at Caputo is that her readings are so basic that anyone could do them, and that the things she says are too general.

Caputo doesn’t sweat the haters and even said in a past interview that it’s not “spirit’s fault that there are only so many ways to die.” The past year hasn’t been an easy one for Caputo, as she split from her husband of more than 25 years in April 2018.

Throughout the split, she has been open with her fans and has continued to work, appearing on numerous talk shows and even scheduling live shows, where she “reads” the audience members.

If you've ever wondered about your departed loved ones, they are listening ? @theresacaputo #KellyClarksonShow⁠ ⁠ #LinkinBio to watch the full video!

In early October, Caputo visited The Kelly Clarkson Show and sat down with the host for a reading. The session started out with Caputo guessing that Clarkson had a relative who had passed on, and then narrowed it down to Clarkson’s father, whom Clarkson admitted: “she never knew.”

Then, according to Caputo, her dead father told her that Clarkson “loves pie,” to which Clarkson acknowledged that she did, but said that her sister actually likes it more than she does.

The rest of the reading went on in a similar vein and eventually, Caputo turned to Clarkson’s stylist and said that her deceased mother had a message for her.

While Clarkson and the stylist both seemed to be into the reading and followed along with everything that Caputo said, viewers were not so thrilled. The comments section on the video is full of negativity towards Caputo, claiming that she’s a “fraud.”

A few even stated that Clarkson was doing “so well” with her show before having Caputo on.

Whether or not Clarkson uses this as a learning experience and tries to avoid controversial guests in the future remains to be seen.

Stay tuned to Showbiz Cheat Sheet for all the latest Kelly Clarkson news!