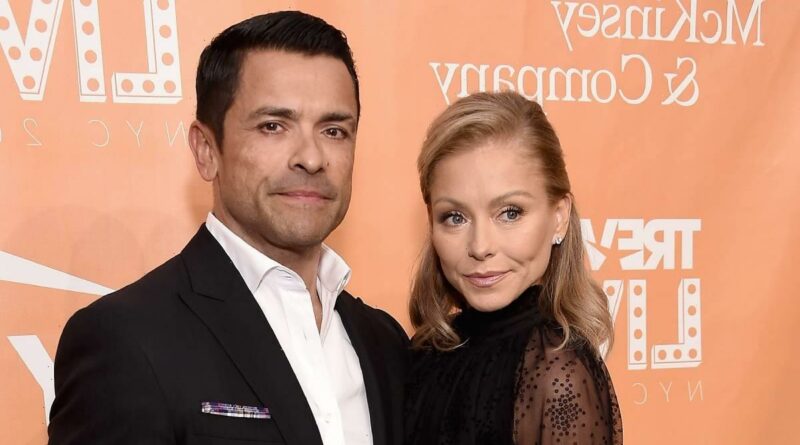 Kelly Ripa is opening up about her reaction to the recent shooting in a Brooklyn subway station in New York City, and the terrifying anticipation she felt before she could confirm that her kids were alright.

During Live! With Kelly and Ryan, Ryan Seacrest and his co-host discussed the scary uncertainty that followed once they learned that a shooting had occurred in Brooklyn.

While neither of them were in New York City at the time, Kelly was in Ann Arbour where her youngest son Joaquin goes to college, and Ryan was in Los Angeles, the mom-of-three revealed that her two other children, Lola and Michael, work and study in Brooklyn.

MORE: Kelly Ripa makes tongue-in-cheek remark about her age in new photo that gets fans talking

The star grew emotional as she detailed the nerve wracking feeling of not knowing whether your loved ones are okay, and how she and her husband Mark Consuelos were frantically texting their son and daughter.

She explained that when she first heard there was a gunman wreaking havoc, the local coverage in Michigan didn’t specify in which area or station in Brooklyn it was happening. She immediately texted her eldest two: “Are you guys okay? Let me know asap, just let me know.”

Things grew even scarier for the television host when neither of the two answered for what felt like ages. She said: “I am beside myself.”

A post shared by LIVE with Kelly and Ryan (@livekellyandryan)

While she was naturally terrified, she admitted she completely understood why they didn’t answer, since “they’re both professionals” and were working with their phones put away and had no idea what was happening.

The morning show host talked about how excruciatingly long those moments feel, which any mother would understand, saying: “Those agonizing seconds, I can tell you, those minutes [feel like] forever. I can honestly tell you it was an eternity before we saw the bubbles responding to us.”

The incident occurred during the morning rush and at least ten people were shot, though all were later in a stable condition.

After a day of searching, the suspect was arrested and is currently in custody.