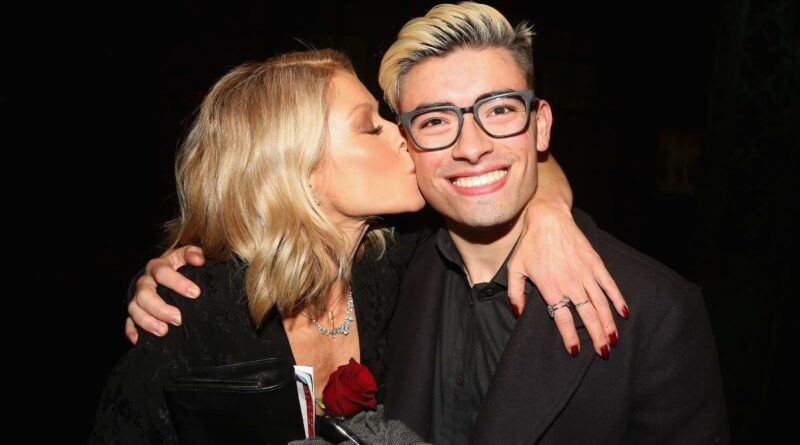 Kelly Ripa’s son Michael Consuelos has clearly been following in his parents’ footsteps, having gotten into acting with his recent Lifetime movie and recurring role in Riverdale.

MORE: Kelly Ripa details ‘bummer’ weekend due to illness in her family

However, he’s now taking another page from his mother’s book, so to speak, as he continues to explore a new side to his career.

The talented artist has long spoken of his love for filmmaking and writing, having studied it at NYU, and is making strides when it comes to developing them.

Having been working on what presumably feels like a script, he shared a picture just barely showing some of his computer screen while hard at work.

While not much could be seen, the page number 51 was visible at the bottom, showing that there had been a remarkable bit of progress.

“Slowly but surely…progress is being made. Big things are on the horizon,” he wrote alongside his photo.

Michael has been making progress with his writing

Speaking with People back in October, ahead of the release of his recent movie, he gushed about his love for working behind the scenes as much as he enjoyed being on camera.

“I am auditioning still… I’m going out for whatever comes my way,” he told the magazine. “Hopefully something will get landed, but in the meantime I’m also producing. I’m writing my own projects.”

MORE: Kelly Ripa reflects on life-changing decision that had an impact on her personal and professional life

Talking about his love for reading and how it has influenced his writing, he added: “I’ve been a big reader since I was a kid, and my work is more fiction.

“[Whereas, my mom] is drawing on her life,” he also continued, referencing her best-selling memoir Live Wire, which he has extensively been mentioned in.

The young actor is already making a mark since graduating

“I’m a big horror guy. I learned to love reading from reading Stephen King, and I am 50 pages into my first attempt at writing. So we’ll see how that goes.”