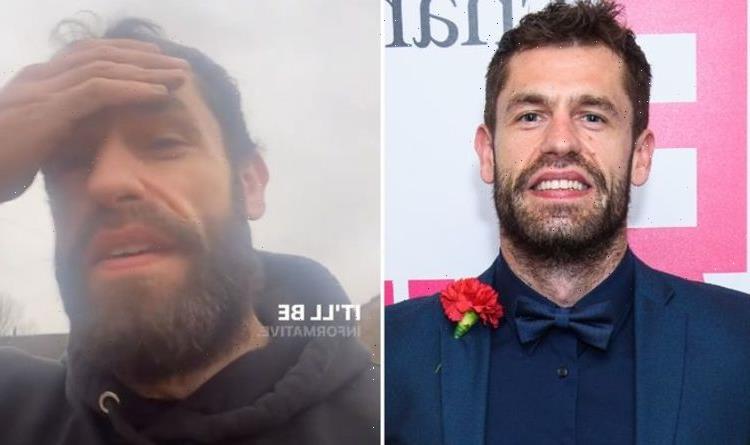 Kelvin Fletcher says his wife is ‘catfishing’ her followers

Kevin Fletcher is just as excited as fans are about the premiere of his new show, Kelvin’s Big Farming Adventure, as he took to Instagram to gush about his big career change. The Emmerdale star played Andy Sugden from 1996 until his departure in 2016 when he announced he was leaving the soap “to do other things”.

Now, the father-of-two is embarking on a new adventure in his forthcoming six-episode series after purchasing an enormous 120-acre farm in Peak District.

The 37-year-old recorded himself talking about his excitement for his BBC show on Instagram on Monday, admitting that while he had minimal knowledge on running a farm, he’s made a “relative smooth success of things” so far.

“A week today, our show Kelvin’s Big Farming Adventure comes out,” he gushed.

“Hopefully, you’ll enjoy the show. it’ll be informative, it’ll be exciting, it’ll be entertaining — and it’ll be honest.”

Kelvin went on to say that he hopes the show will be an accurate representation of the obstacles he and his wife, Liz Marsland, have had to face as new farmers.

And though it hasn’t been an easy ride, he believes there’s been a vast amount of progress in the short amount of time they’ve been working on their enormous farmland.

“Knowledge obviously very limited but with a great sense of belief and togetherness, you know, so far so good.

He concluded his Instagram Story, saying: “A few struggles along the way, but absolutely loving it, and it’s absolutely a way of life.”

Kelvin and his wife packed their belongings and made the move to the Peak District during lockdown, along with their two kids, Marnie, 4, and two-year-old son Milo.

Kelvin’s acting career has been put on the back burner, with his farm now occupying a significant amount of his time.

In an interview with Mail Online this month, the Manchester native says he doesn’t regret leaving behind his soap career to pursue other goals, especially since he’s been working as an actor for well over two decades.

Before his decision to purchase a farm, though, Kelvin told the publication he initially planned on moving to America in the hopes of “making it big” abroad.

But due to issues at the embassy due to the pandemic, he and Liz decided to “reconfigure”.

“I’d left Emmerdale for freedom – to take a risk,” he expressed.

“Then the pandemic hit, and we got an email from the embassy saying they were putting a hold on all workers coming in. From there, we had to reconfigure.”

“[We went for] something different, a challenge.”

Kelvin’s Big Farming Adventure premieres on January 17 at 8.30pm on BBC One