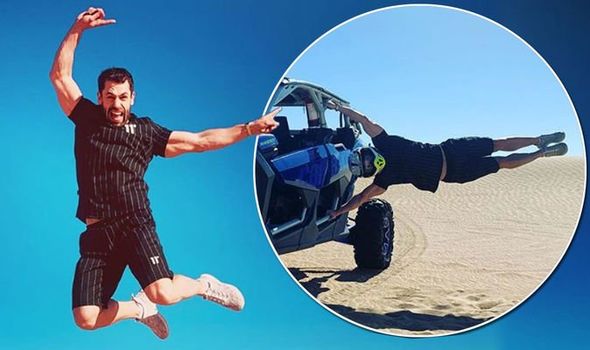 Strictly Come Dancing winner Kelvin Fletcher, 35, is currently soaking up the sun in Dubai during a family holiday with his wife and children.

The actor finally got the chance to spend some quality time with his wife of four years Liz Marsland and their children Marine, three, and Milo, one, after a busy three months of dance training and TV appearances for the popular BBC show.

During his vacation, the former soap star, who is probably best known for playing Andy Sugden in Emmerdale, took to social media to share some holiday snaps.

In one sun-soaked picture, which Kelvin shared with his 330,000 Instagram followers today, the racing driver can be seen next to a windowless dune buggy in the middle of the desert.

He holds on to vehicle in a way which makes it look like he is levitating horizontally.

Fans and Instagram users took to the comments section to share their thoughts on the picture which they struggled to comprehend. 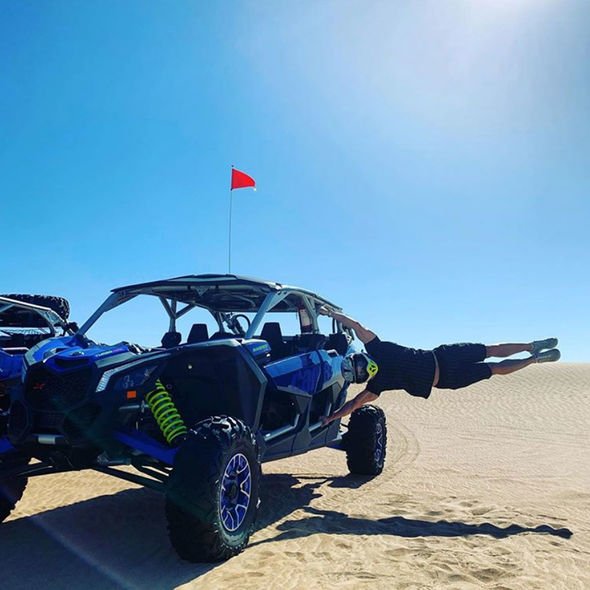 A third and fourth, who were clearly impressed by the actor’s strength, added: ”Wow impressive,” and “Now that’s core strength!!”

Earlier in the day, Kelvin posted another picture on his grid which captured him leaping into the air with miles of stunning sand dunes and a cloudless blue sky in the background.

He wrote alongside the image: “It’s not quite the #Strictly dance floor…” 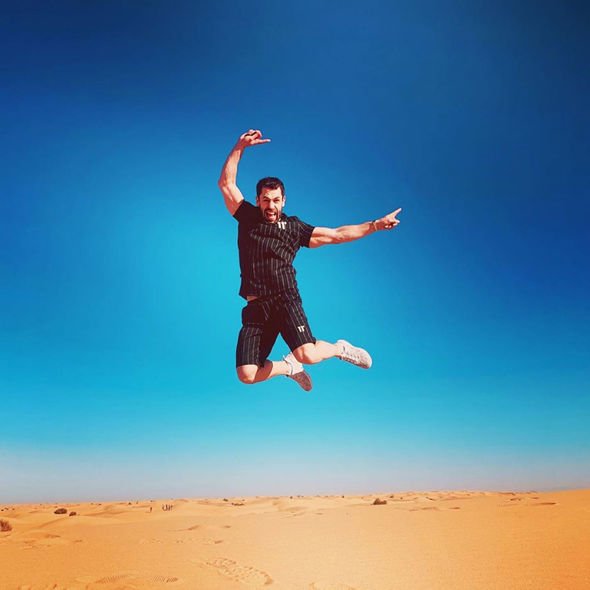 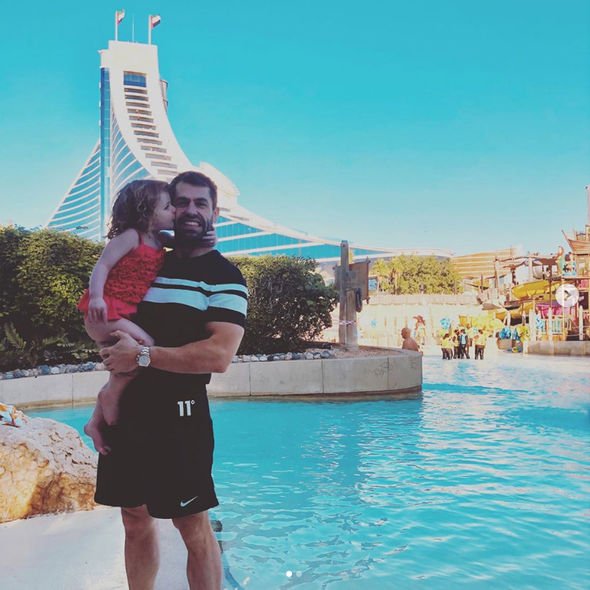 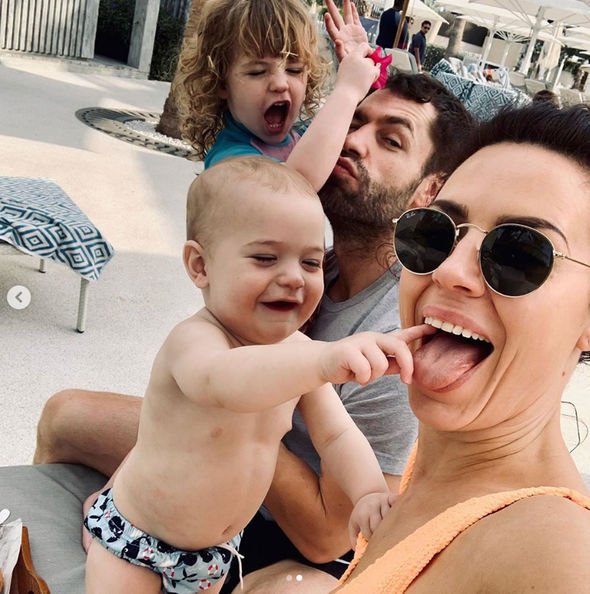 Referring to the number the couple performed during Movie Week, she said: “Mary Poppins would be proud.”

The couple performed an energetic Charleston to Trip A Little Light Fantastic from the soundtrack of 2018 movie Mary Poppins Returns.

Kelvin also shared pictures of his young family at a waterpark during their winter getaway.