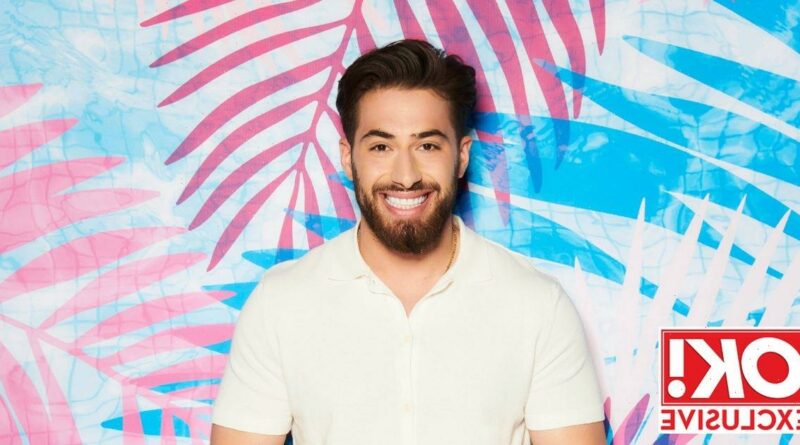 The new series of Love Island kicked off with a bang last night, Monday 6 June. And one person who knows a thing or two about how the show works is former contestant Kem Cetinay.

Kem, 26, entered the Majorcan villa back in 2017 and went on to win the third series with now ex-girlfriend Amber Davies.

Now, the former barber, who has just launched a new grooming collection with Primark, has spilled the beans about what really goes on behind the scenes – from secret drones to on-site barbers.

Speaking to OK! , Kem shared: “There was a drone outside and a camera that was connected to a crane. And every time the crane used to move, we used to think it was Caroline [Flack] walking down the stairs.

“Everyone would go, ‘The crane is moving!’ and they’d start packing their cases. Some of the producers would come in saying, ‘Please stop packing your things, we're just moving the crane.’

"We’d be like, ‘No you're lying!’ We were convinced because there were so many surprises."

As well as hidden cameras, Kem also revealed how the Islanders keep their hair looking so fresh.

“Every year they have barbers on hand for the contestants,” he said.

“But we kind of got to the point where I was cutting everyone’s hair so they got rid of them and said Kem can just do it,” before jokingly adding; “I should have invoiced them at the end really, for all the haircuts.”

He continued: “I think often having someone cutting hair is nice because it generates a good conversation.

"I think a lot of my most important conversations were when I was cutting someone's hair, the problem was, there was no one to cut mine."

It comes as the star is celebrating his new Primark X Kem Cuts Grooming Collection.

He said: “It’s been almost three years working on this. When I was in the villa I said to everyone that I was going to do Kem Cuts.

“It’s so funny because a lot of them have messaged me, saying that they remember me saying it in there and now they see it coming to life.

"It’s really special that they remember me talking about it. I’ve always been a barber and it is my passion.”

The new Primark X Kem Cuts Grooming Collection is available now in stores. The collection has twenty-one products to get you groomed to perfection at the affordable Primark prices we all know and love.

For the latest Love Island updates, sign up to our daily OK! newsletter.