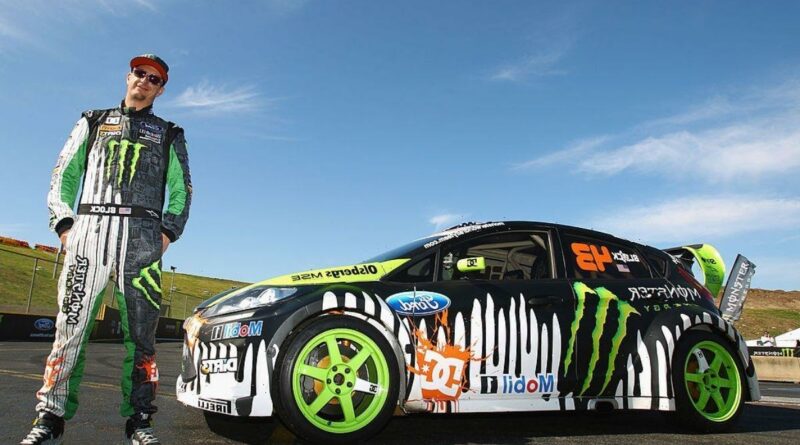 Top Gear fans flooded the internet to pay their respects after 55-year-old legend Ken Block died in a snowmobile collision. However, no tribute has been more poignant than that of his teenage daughter, who admitted she is struggling to say goodbye.

The 16-year-old, who regularly featured on her dad’s Youtube account, delivered a deeply emotional tribute on Instagram, recalling: “Yesterday I didn’t just lose my father, I lost my best friend.

“He was truly my whole world and the only person I ever looked up to. No matter what I did he was always there to support me.”

Lia exclaimed that she could scarcely believe how quickly he had been “taken from us”.

She added: “No words can describe how much of an amazing human my dad was.

“He lived so many lives, accomplished more in 55 years than most people could in 10 lifetimes, and lived his life to the absolute fullest every single day.”

She consoled herself by reminiscing that he’d had the courage to do what he loved “every single day” – an attitude he also passed on to his children.

“He never said no to something we wanted to try, never pushed us to like what he liked, just opened the door for us to explore,” Lia – who has been involved in the racing world since age 11 – continued.

“He never missed an opportunity to help us grow as good people, he always told me that he wanted us to be even more amazing, caring, happy, selfless, humans than him and my mom.”

She exclaimed: “He always helped others and opened doors for so many other people. I can only hope to do half as many amazing things as he did.”

Talking of him as her role model, she concluded: “I grew up, knowing in the back of my head, that I wanted to be just like dad. He was one of the most amazing people in the world.”

Finally, she described Ken as “the best dad I could have ever asked for”.

“I will strive every single day to make you proud. I love you to the moon and back Kenny boi,” she declared.

Ken left behind not just Lia, but two other daughters whom he shared with his wife Lucy.

However, Lia is the only one of the trio to have a social media profile, and fans had been able to see her early start in the entertainment business from when she featured on his Youtube channel.

He’d promoted her racing show on Twitter, writing shortly before his death: “The 4th and final episode of my 16-year-old daughter Lia buying, tearing down, rebuilding and now driving her ‘85 Audi Ur Quattro will be live at 8am PST tomorrow on my YouTube channel.”

“Will her Audi finally do a donut?? Or will it break in the attempt? Tune in to find out.”

Tragically, he never lived long enough to continue guiding his daughter’s career, after the snowmobile he’d been driving to clear the area around his Utah ranch flipped over on top of him as he attempted to scale a hill.

In a double dose of bad luck, Marvel star Jeremy Renner was also severely injured in a snow ploughing accident this week, remaining in a stable yet critical condition in hospital.

Lia’s tribute came hot on the heels of an official statement from his team at Hoonigan Racing Division, who described him as “a visionary, a pioneer and an icon” and admitted he will be sorely missed.