While Cannes Film Festival delivers day after day of gorgeous, breath-taking gowns, the annual amFAR Gala, is most certainly a highlight of the festival for us fashion lovers. Everyone from A-list actresses to top models turn it out for the charity event in the most exquisite looks. 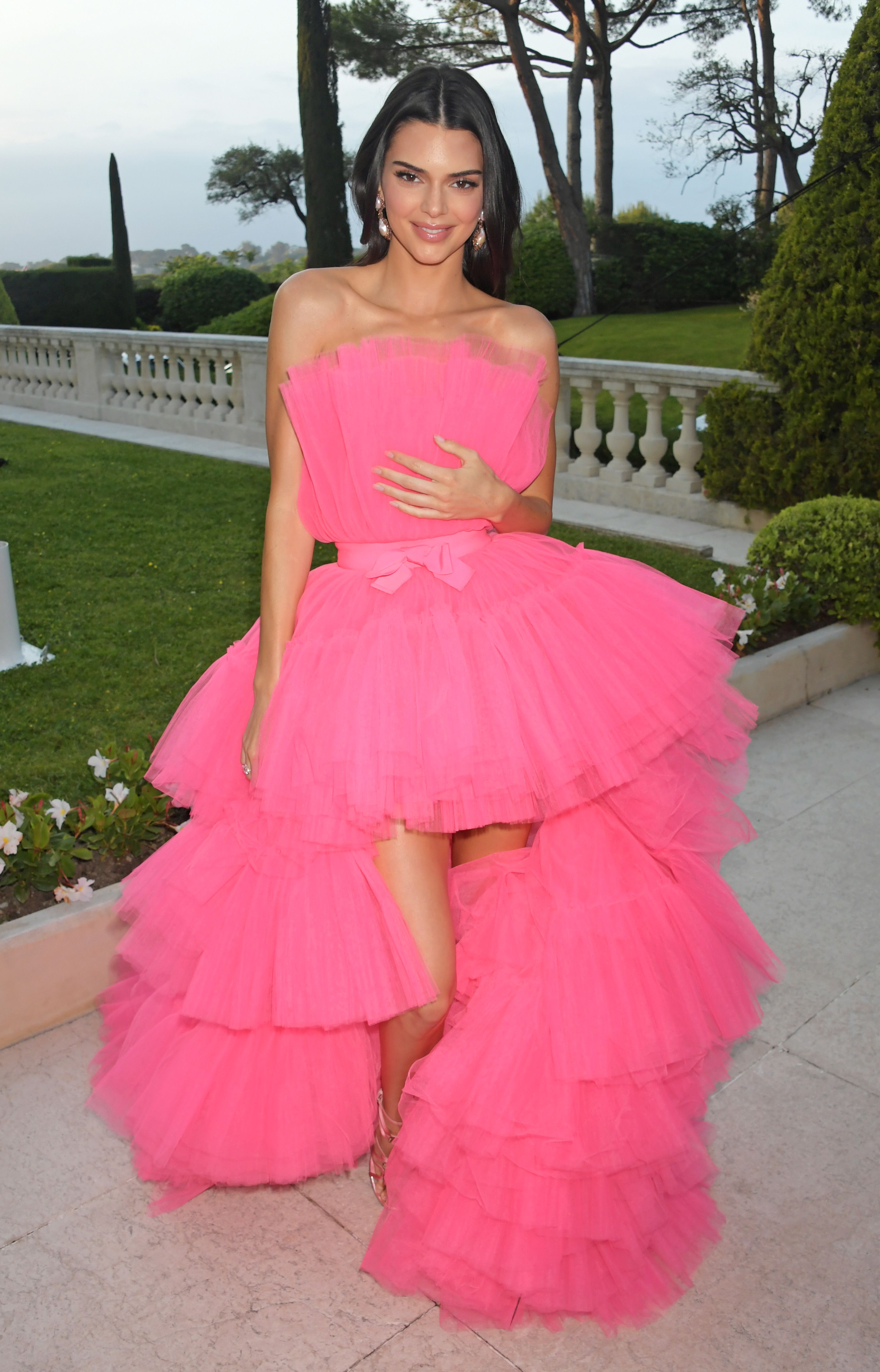 Kendall Jenner made quite the entrance tonight at the annual gala in what looked like a custom Giambattista Valli gown. The hot pink tulle was designed as a strapless mullet dress—with a mini skirt in the front to show off her long model legs and a flowing train behind her, with a cinching bow belt at the waist. 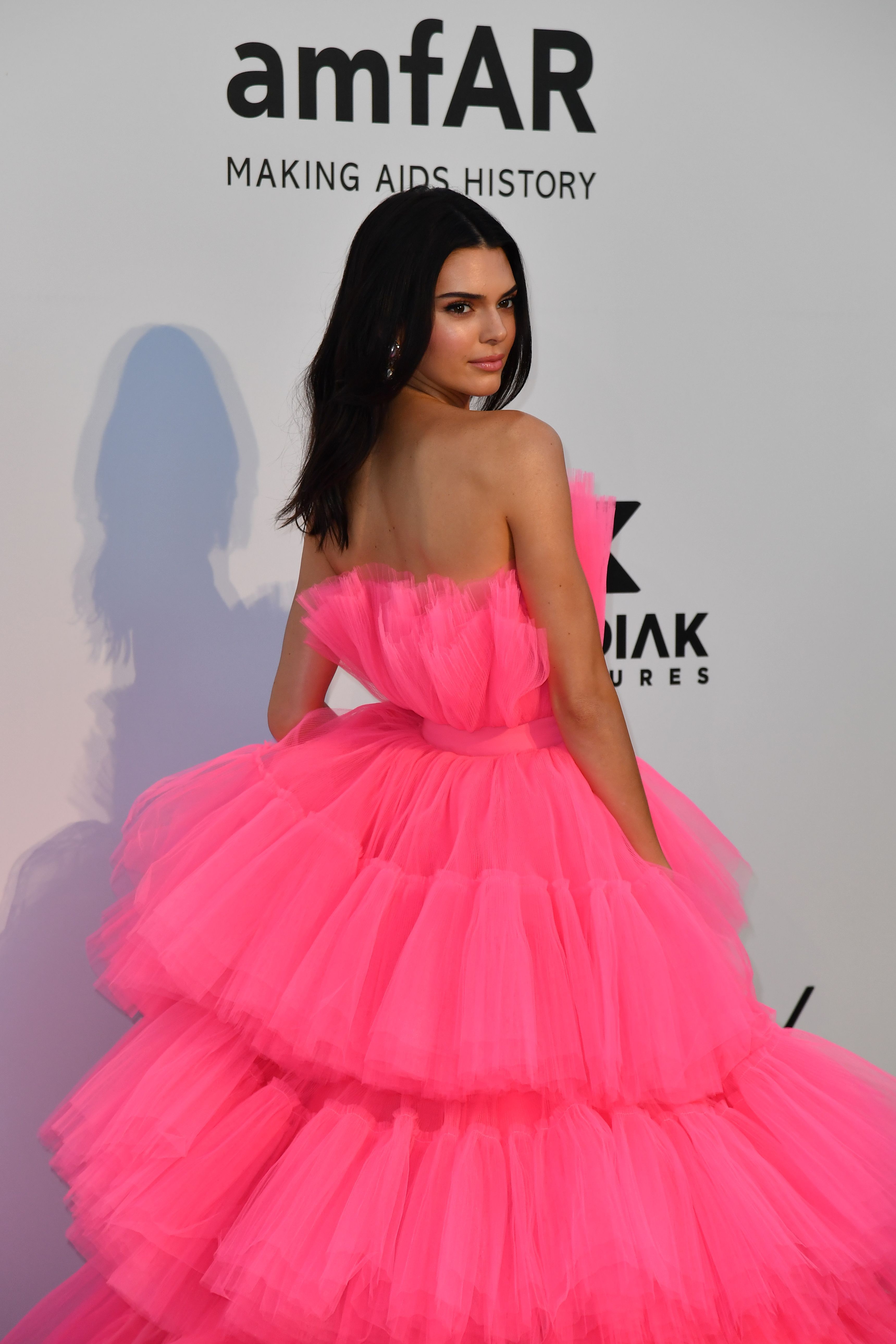 The gown looks like a slightly altered look from one of his recent Haute Couture collections. It turns out, it’s the debut of the french designer’s collaboration with fast-fashion retailer H&M. Jenner was one of a few celebrities to model it tonight at amfAR. 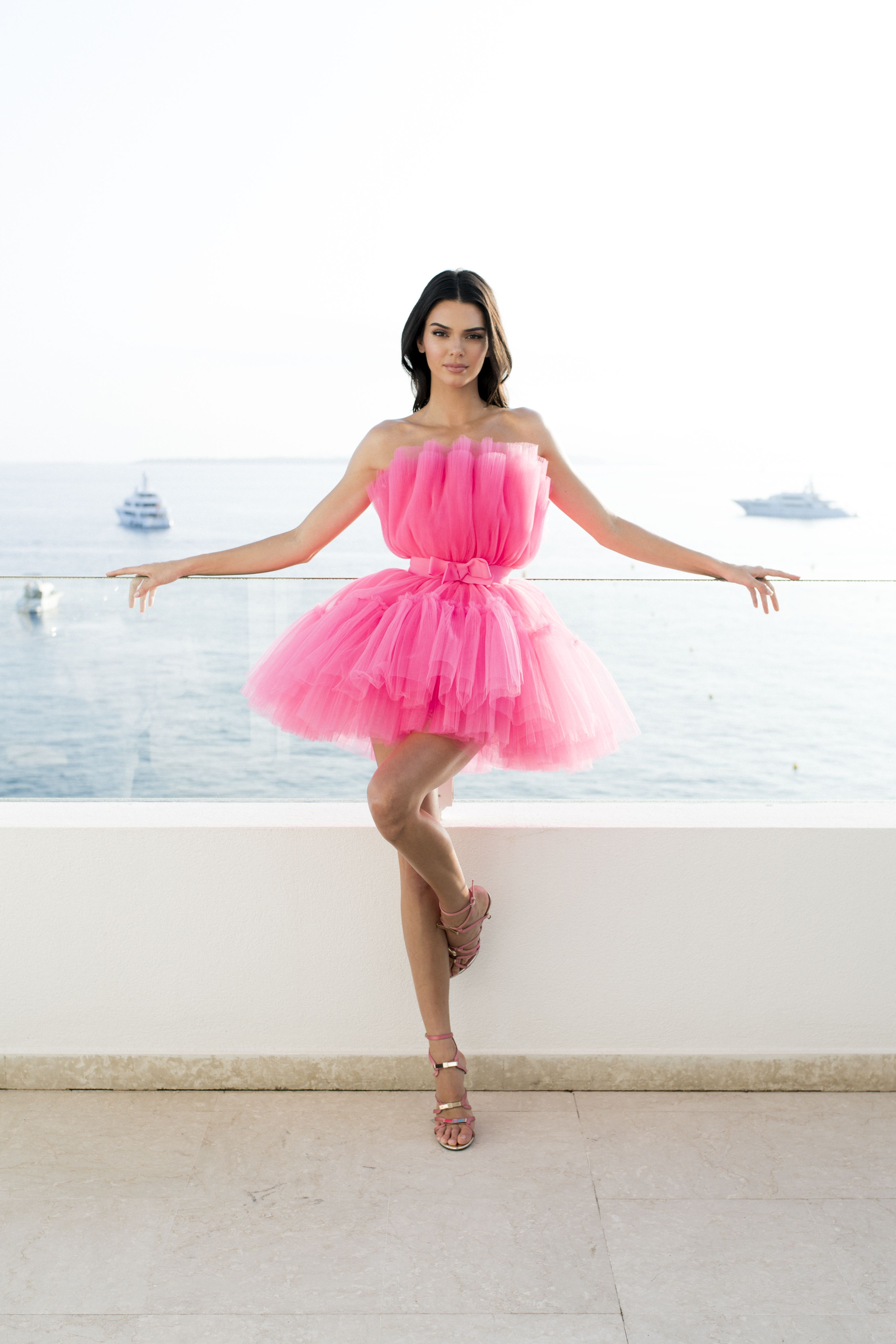 Jenner’s dress also comes with a little surprise. The train can be removed to reveal the perfect ’80s-esque mini dress. 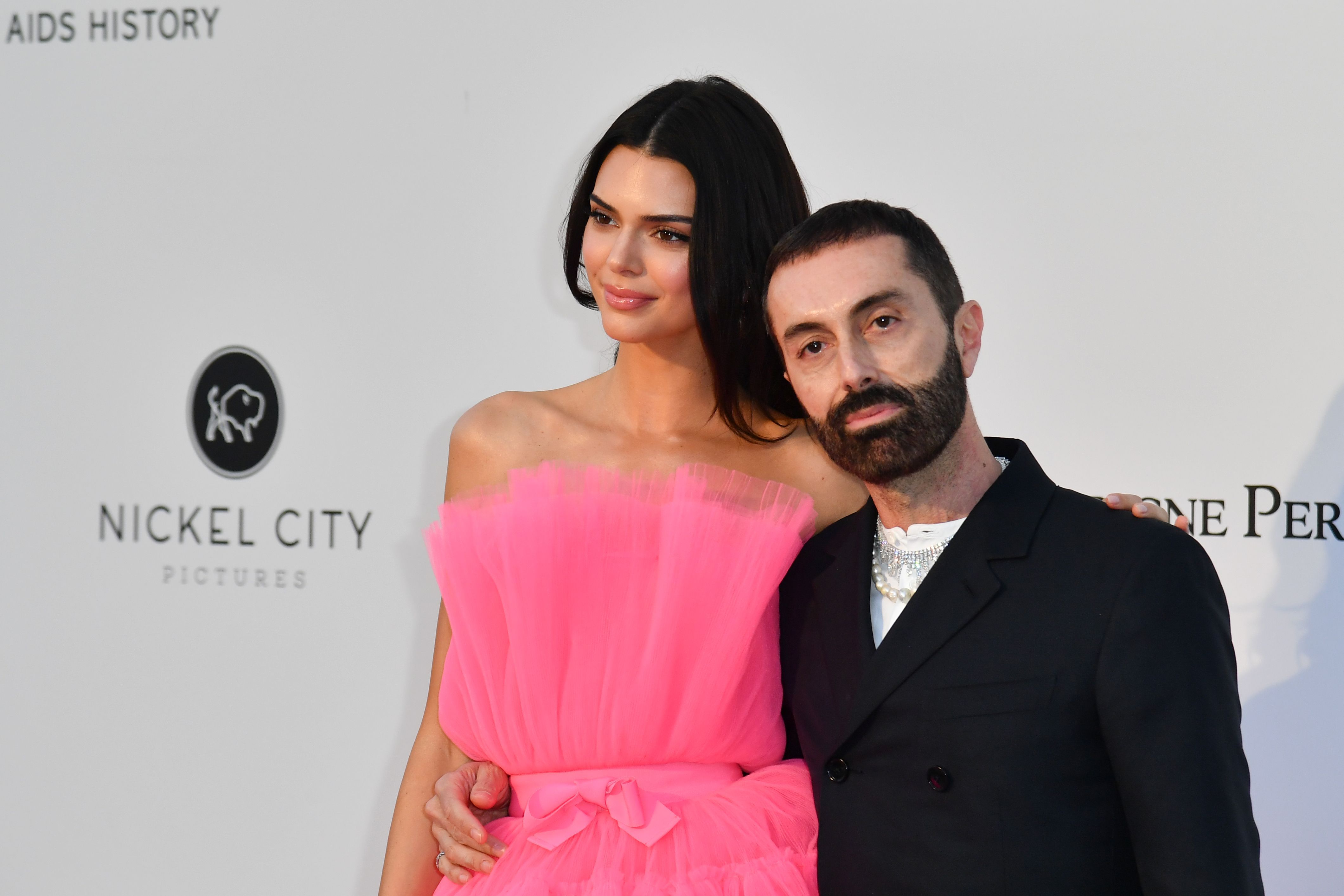 Even the designer, Mr. Giambattista Valli himself, walked the carpet with the model and muse. The mullet dress has become a signature of Valli’s collection—creating iterations in shocking colors like hot pink and electric green, and sweet floral prints. 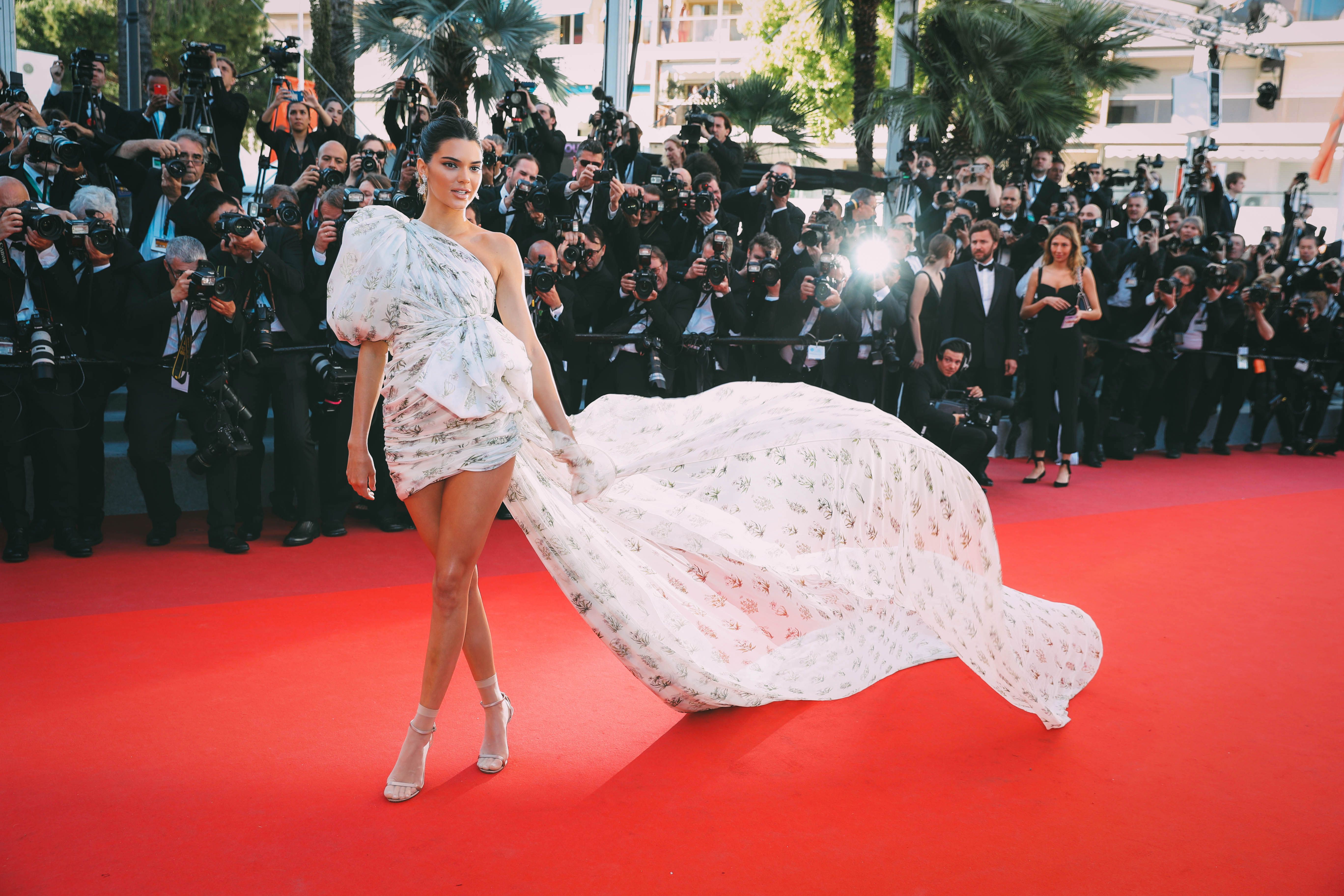 Just last year, Jenner wore another Giambattista Valli mullet dress to the Cannes Film Festival premiere for “120 Beats Per Minute”. Jenner has been a fixture at Cannes for the last several years, attending premieres, walking in Carine Roitfeld’s fashion show during the amfAR Gala, and last year the supermodel also walked in Naomi Campbell’s Fashion For Relief charity show alongside friends like Bella Hadid and Imaan Hammam. 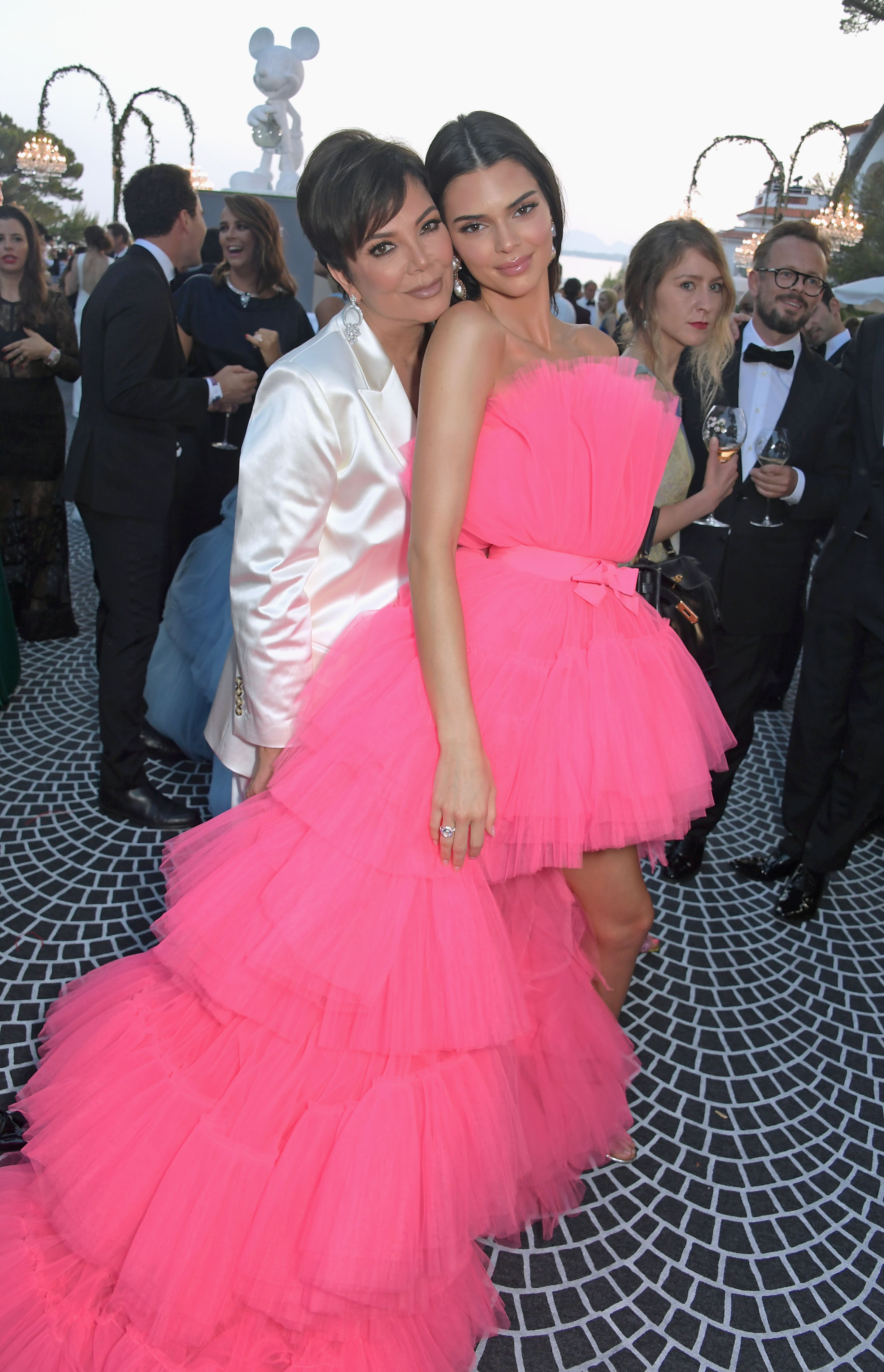 While rumors swirl that Jenner is on a “break” from her boyfriend, basketball player, Ben Simmons, the model was spotted spending time with her mother Kris Jenner who also walked the red carpet at amfAR. Jenner also missed out on her little sister’s big skincare launch for Kylie Skin, which sold out in six minutes.