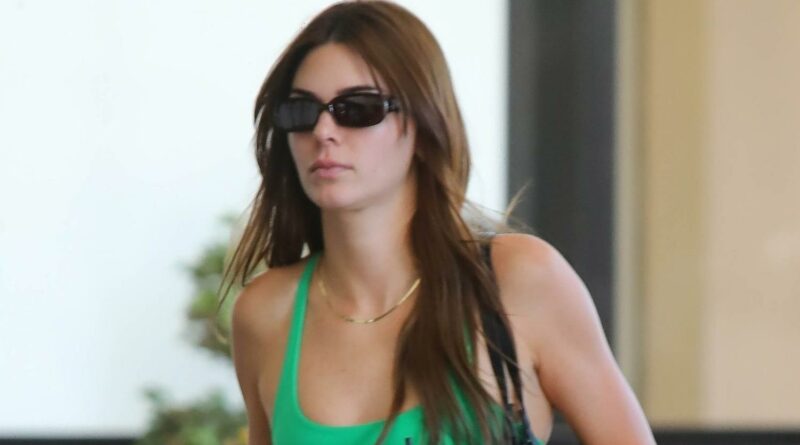 Kendall Jenner steps out in an all-green outfit while running errands on Thursday (May 12) in Los Angeles.

The new photos came hours after she went viral thanks to a video of her cutting a cucumber in the latest episode of The Kardashians.

In this week’s new episode, Kendall was in her mom Kris Jenner‘s kitchen and decided to make herself a snack. Kris offered to have a chef make her something, but Kendall said she’d do it herself.

Kendall then held the cucumber with one arm and cut it with the other, but the way she did it has left fans astonished. She told the camera, “I am definitely not a good cutter, so don’t zoom in on me.”

Click inside to see Kendall Jenner’s reaction to the memes…

One person wrote on Twitter, “Kendall Jenner trying to cut a fcking cucumber is the most tragic thing I’ve ever witnessed.”