No one would have suspected. Days prior to Kendra Wilkinson’s Twitter blowup where she claimed she felt “threatened” by ex-husband Hank Baskett, the two cordially attended a birthday party with their kids.

Celebrity publicist and event planner Richard Harlow — who planned the third birthday bash for for pal Jessica Hall’s daughter, Sophie — tells Us Weekly that the former couple “were great co-parents” on Sunday June 3. 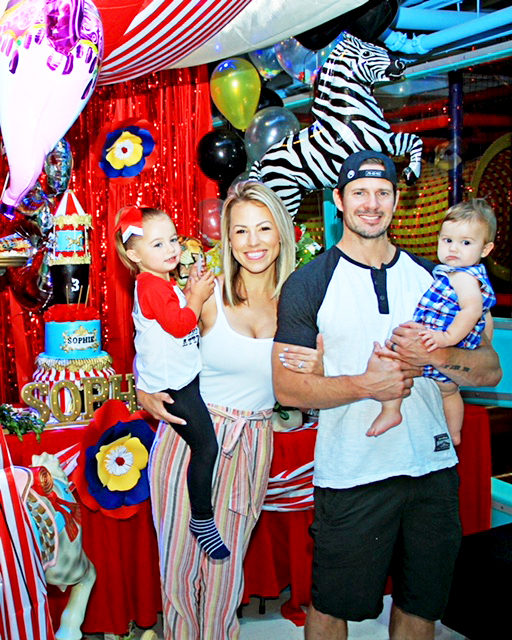 Harlow notes that they played arcade games and laser tag with their son, Hank IV, 8, and daughter, Alijah, 3, while attending the party at Kids World in Oak Park, California.

He adds that the four were “having some good family fun together,” and that “there was no indication there was any kind of friction or trouble brewing.”

“They both had a great time with their kids and had smiles on their faces the whole time,” Harlow says. Guests left the party with gift bags that included Paw Pet iPod holders, sippy cups and custom Mabel’s Labels. Popcornopolis was served as a special treat. 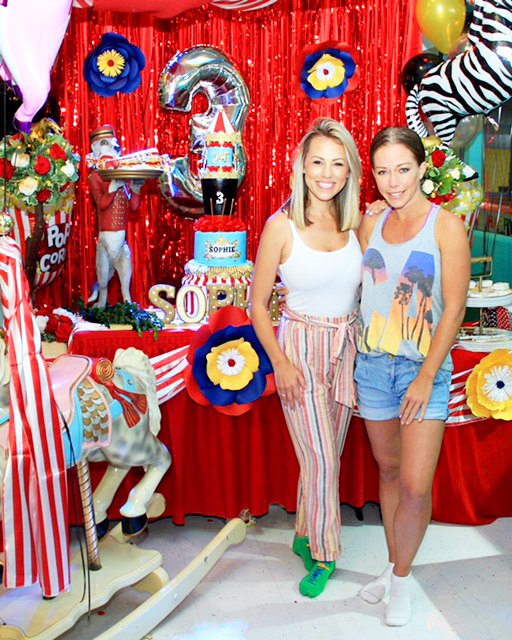 The outing took place just two days before the 32-year-old Kendra on Top star took to Twitter to blast her ex for recording her during an argument.

“Why is hank recording me right now,” she began the rant before asking followers to “tell him to leave me alone and stop.” She also claimed in the series of since-deleted tweets that Baskett, 35, was “blaming me for his football career ending,” and “blaming me for cheating on me while pregnant.”

She continued: “I’m minding my business and after i tell him to leave me alone he disrespects me. I’m trying to get out of my house fast. I’m beyond sad. But recording me is my trigger.”

The former Playboy model later addressed her followers. “I tried so hard. I did everything by the book and loved and i get s—t on,” she wrote. “I’m so sorry for u all to feel awkward rt now. When i was being recorded i felt threatened. Have a good day.”

She added: “When u feel like u give he best of yourself 24/7 and someone trying to take the best of u… it’s hard to breathe. Love you all.”

The following day, a source opened up to Us Weekly about the estranged couple’s current situation. “They try to keep it calm for the kids, but they both have so much animosity towards each other, so they throw daggers at each other and it’s become an unhealthy situation,” the insider told Us.

In a since-deleted series of tweets on Wednesday, June 6, Wilkinson issued an apology to her ex.

“I want to apologize publicly to Hank. I was the reason your football career ended,” she wrote. “I regret doing that to u and I hope u learn to forgive me one day. I loved u and was always your number one fan.”

She continued: I was 24 when I got married. Now I’m 33. I made a lot of mistakes through those young years and I’m sorry for making u feel the way I did. All I ever wanted was family because I never had a solid one but me being immature was the reason I couldn’t give u more.”

Us Weekly broke the news of the pair’s decision to split earlier this year. Wilkinson filed for divorce from the former NFL player in April after nearly nine years of marriage.