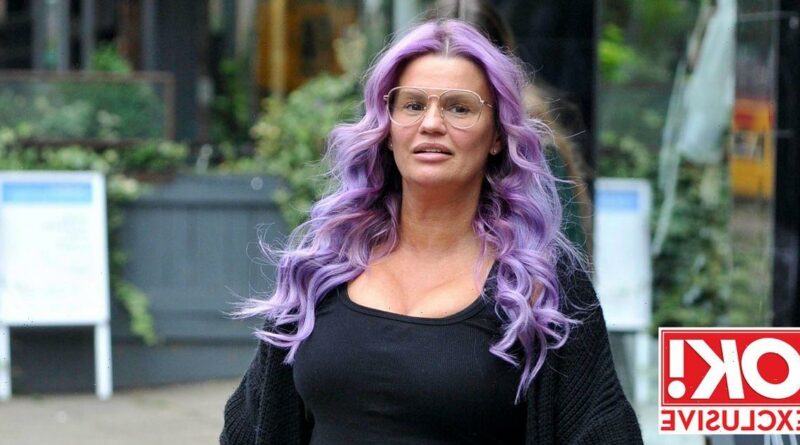 Kerry, 41, who was also diagnosed with arthritis after suffering with chronic pain for 13 years, got candid about her health as she opened up about her condition.

Writing in her weekly new magazine column, the former Atomic Kitten star said: “I was diagnosed with arthritis in my hip and my shoulders, a 6mm tear in my right shoulder, and a protruding disc in my back. I also have a cyst on my ovary and a cyst on my liver, but they’re small enough to leave for now.”

We’ve all had the flu this week and we’ve been really poorly with it. Ryan is the healthiest person I’ve ever met and it’s even wiped him out. It’s not Covid, by the way!

In better news, I’ve finally got a diagnosis after suffering from chronic pain for years. I’ve seen so many doctors but nobody could tell me what was wrong.

I went to Dr Tang at Pall Mall Medical for a full health check and I was diagnosed with arthritis in my hip and my shoulders, a 6mm tear in my right shoulder, and a protruding disc in my back.

I also have a cyst on my ovary and a cyst on my liver, but they’re small enough to leave for now. So, the next step for me is to have an op on my back to remove the disc. I’m so happy I now have a solution. Sunday was World Mental Health Day, which is a cause very close to my heart. It’s so important to raise awareness and get people talking about mental health.

As you know, I’m now the creative advisor of Thrillz, which creates personalised celebrity video messages. So to mark the day, we decided I was going to surprise a fan.

She’s called Steffie Clayson and, like me, she lives with bipolar disorder. We spoke about our struggles – she’s such an amazing woman. She was so brave to speak openly about what she’s been through. She now has my personal number and we’ve been texting each other. We’re going to meet up soon and go for a coffee

IT'S NEVER TOO LATE

I told you in a previous column that I recently got back in touch with my friend Ampika Pickston after we stopped speaking for a few years.

We’re now casting for a new show called Mend My Friendship. It was all Ampika’s idea! We want other people who have lost contact to reconnect like we did.

Whether it’s something trivial like falling out over a bill, or something a bit more serious like sleeping with your friend’s husband, we want to hear from you!

If you want to take part and you’re over 18, you can email [email protected] It’s never too late to make amends. I missed Ampika so much and I’m so glad she’s back in my life. October is World Menopause Month and I think it’s important to help women understand the health issues and symptoms that come with the menopause. I’ll be honest, I do get scared about going through it. There was actually one point when I thought I was. I get night terrors and wake up in hot sweats. It only happens every now and then, but sometimes the bed sheets will be wet through. I even went for a test, but I’m not going through it just yet.

I have such an issue about my age and growing old. I look at myself as a cool, young-looking mum. I know it sounds stupid, but I don’t like the thought of being an older lady. Dawn French showed off her new look last week after embracing her grey hair and getting a crop. I think she looks amazing, but so different. She’s almost unrecognisable because her black bob was her signature look. It’s like when Sharon Osbourne ditched her red hair and went grey. They pull it off, though.

I’ve got a couple of greys coming through, but I’m sticking with my purple do for now!

For the latest news and updates on Kerry Katona, sign up to our daily OK! newsletter.