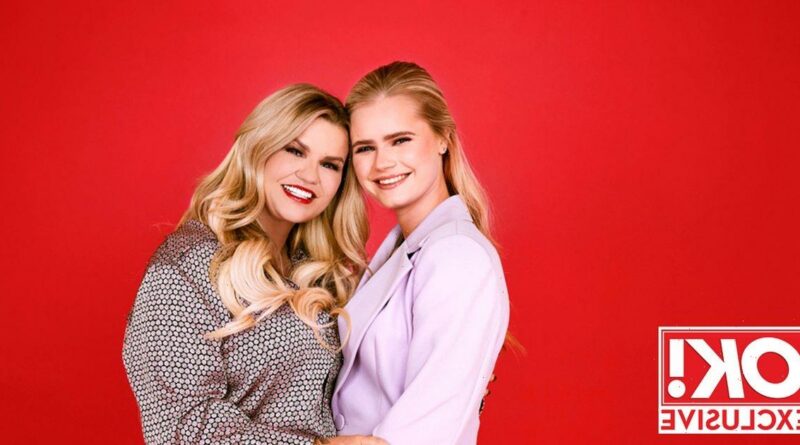 Kerry, 41, who shares 19-year-old Lilly with ex-husband Brian McFadden, made the revelation as she discussed Kylie Jenner’s decision to change her son’s name from Wolf.

The former Atomic Kitten star admitted that Kylie, 24, has “definitely done the right thing”, and told how she also struggled to find a moniker for her second daughter.

Writing in her new magazine column, Kerry – also mum to Molly, 20, Heidi, 15, Max, 13, and seven-year-old Dylan-Jorge – said: “It’s a name they’ll keep for the rest of their lives, so you have to be certain.

"I struggled when it came to naming Lilly. She didn’t have a name for two days, so I just kept calling her ‘baby girl’.”

Opening up about the moment she decided on a name, Kerry continued: “I was actually watching Friends while I was in the hospital and it was the episode where Phoebe gets a lily tattoo because her mum was called Lilly.

"I thought, ‘Ooh, I really like Molly and Lilly.’ And that’s how I picked her name!”

It comes after Lilly revealed she's "not too keen" on the idea of her mum and fiancé Ryan Mahoney having a baby together.

When asked what she thought of her mum expanding the family, she admitted: "Not too keen!"

She added: "I love my mum to bits and she’s a great mother but I need the pocket money."

When reminded she is 19, Lilly responded: "You know what, I’d love Mum and Ryan to have a baby.

"But at the minute, they have a dog and that’s enough for now."

Kerry previously spoke out about wanting to expand her brood with fiancé Ryan.

However, she has now admitted that she ha made a U-turn on her decision, saying: "I’ve gone off that idea now. I can’t think of anything worse, to be honest.

"I think if we did have another baby, we would go down the surrogacy route, but we’re trying to build an empire.

"I have five children, we’ve got dogs, I’m so busy and I go away quite a lot of the time.

"I’m 41, maybe we would adopt. I don’t know but I just can’t see myself being pregnant again."

For the latest on Kerry Katona, sign up to our daily OK! newsletter.