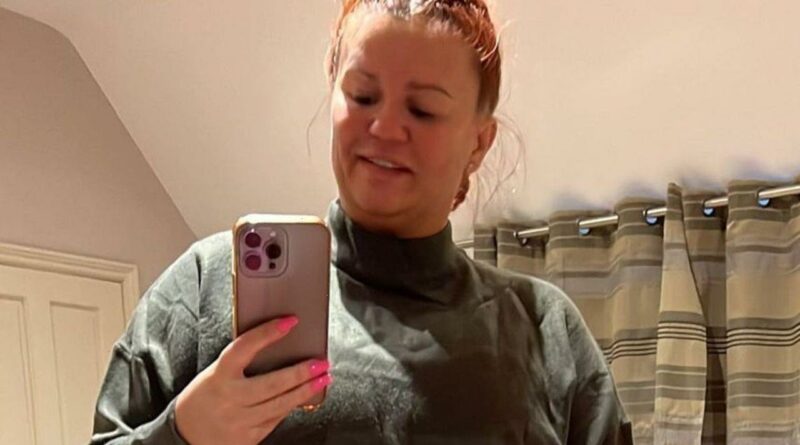 The Atomic Kitten alum opens up about her health issues, claiming she had ‘a massive panic attack’ as she felt like she was at death’s door following cosmetic surgeries.

AceShowbiz –Kerry Katona thought “she was going to die” during a “massive panic attack” just last week. Opening up about her health fears, the former Atomic Kitten singer revealed how her body “has been swollen” following surgery in 2021.

“I had a massive panic attack last week. It was the first one I’ve had in a while. My body has been swollen since I had surgery last year. My whole body is sore and puffy – my legs, my stomach, my face, my neck. I feel like I need popping,” she wrote inn her column for new! magazine. “I was lying down in bed and I felt like I couldn’t breathe. My throat and chest felt really tight, it was awful. I felt like I was going to die.”

The 42-year-old star revealed she is going to chat to her doctor, and she’ll go to the hospital if the situation gets any worse. She continued, “I’ve arranged a call with my doctor but if it gets worse I’ll go to A and E.”

“I suffer from health anxiety and I’m really scared. I’m having corrective surgery in January with Pall Mall Cosmetics after my tummy tuck last year, so I’m hoping that will help. I’m getting an eyelid lift too. Only a small one – I don’t want cat eyes!”

Meanwhile, Kerry – who has battled substance abuse in the past – recently revealed how her anxiety goes “through the roof” when she binges on alcohol, and so she tries to avoid drinking booze. She explained, “I’m not a big drinker, but when I do drink on special occasions, it does heighten my anxiety.”

“I went to Thailand with the kids three years ago and I was drinking non-stop for a week. My anxiety was through the roof. Alcohol is a depressant and because I am so prone to anxiety and depression, I can’t do it. And I’d definitely never touch drugs again. I can’t even imagine what I’d feel like.”