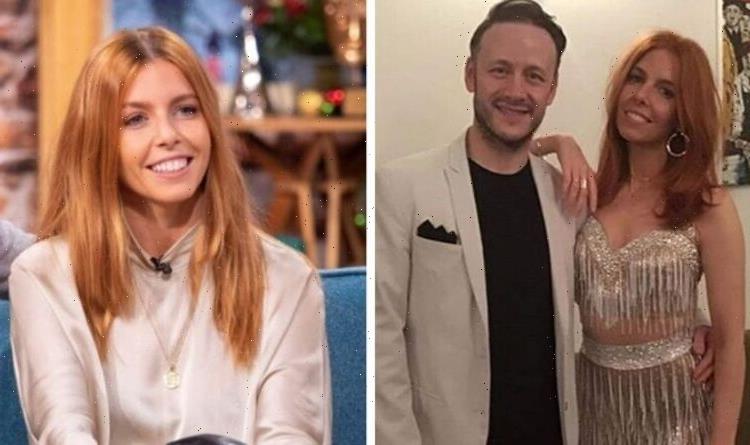 Former Strictly Come Dancing professional Kevin Clifton wanted the world to share in his joy as he marked girlfriend Stacey Dooley’s birthday – and shared an Instagram snap in celebration of her. The photo, which showed her gazing pensively downwards, while wearing a white cut out dress, was liked almost 1700 times in a matter of minutes.

He added affectionately: “I love you @sjdooley.”

Stacey, who boasts more than one million followers, turned 35 today.

On her own Instagram account, Stacey shared a throwback photo of herself as a child sporting a face paint with a mask.

“35,” Stacey wrote with a heart emoji to punctuate her special day.

Stacey and Kevin began dating months after they appeared on Strictly Come Dancing in 2018.

His professional partnership with Stacey saw the pair sail their way to a Strictly victory.

They confirmed their romance in 2019 and the loved-up posts have appeared intermittently on social media ever since.

When she’s not on the dancefloor, Stacey fronts documentaries about harrowing issues such as the abuse of children in sweat shops or the sex trafficking of young women.

She has confessed to sometimes being unable to switch off when work ends and dinner dates with Kevin begin, as the trauma of the abuse victims she has encountered plays on her mind.

Combining social justice issues with the likes of Michelin-starred restaurants and showbiz events is something she finds challenging to juggle.

For example, after a day filming with Kyle, a patient on a psychiatric ward, the presenter went out on the town, but was plagued by intrusive thoughts about how he must be feeling.

“It was such a juxtaposition that I was in this semi-fancy restaurant, there was laughing and cheering and people were half cut, and I just remember thinking, ‘All of those people are still in hospital really unwell and Kyle’s probably sat there in silence’,” she mused to the Yorkshire Post.

“Sometimes I feel like, ‘This is a really different place to the one I’ve just been in.'”

Fortunately, her boyfriend’s reaction has only served to strengthen their relationship.

“Kev’s incredible. I feel very fortunate to have Kev as my wingman,” she continued.

“If I’m at work and I call him and it’s silly o’clock, we’ll have a bit of a debrief and he’s very patient. You need that support network, don’t you?”

Judging by the photo tribute to her on his Instagram page, it looks as though Kevin’s relationship with her is thriving.