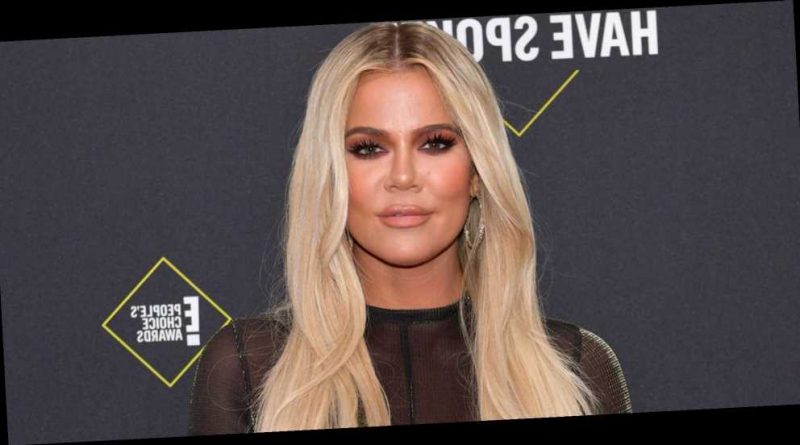 Khloé Kardashian has a message for the haters. The Good American creator has responded to the viral, now deleted bathing suit photo that emerged over the weekend and all the backlash that came along with it.

In case you missed it, a photo of Kardashian was accidentally shared over the weekend with a lack of apparent editing. Her team called for its removal and even threatened legal action to those holding on to duplicates and screenshots. The internet basically exploded in mixed reviews — some supported her decision to remove a photo that she didn't approve; others claimed the reason Khloé wanted to delete the photo was because it wasn't heavily edited or photoshopped.

And she has a message for all those latter people: "…this isn't photoshopped"

On Wednesday evening, Kardashian took to Instagram Live to show followers her "unretouched and unfiltered" body. She later posted the saved videos along with a statement about her decision to remove the photo.

"This is me and my body unretouched and unfiltered," she wrote. "The photo that was posted this week is beautiful. But as someone who has struggled with body image her whole life, when some takes a photo of you that isn't flattering in bad lighting or doesn't capture your body the way it is after working so hard to get to this point — and then shares it with the world — you should have every right to ask for it to not be shared — regardless of who you are."

She went on to say that the "constant ridicule and judgement" is extremely hard to take. "It's almost unbearable trying to live up to the impossible standards that the public have all set for me," she said, adding that for years people have called her "the fat sister," "the ugly sister," claimed her dad isn't her real dad, or said she must have had surgery when she lost weight.

She continued saying over the years she's been "conditioned" to believe she is not "beautiful enough." And she also had a message for those who are struggling with their body image, as well.

"For those else who feel the constant pressure of not ever feeling perfect enough, I want you to know I see you and I understand," she wrote. "Everyday I am told by my family and friends who love me that I am beautiful but I know that it needs to be believed from within. We are all unique and perfect in our own way. Whichever way one chooses to be seen. I have realized that we cannot continue to live life trying to fit into the perfect mold of what others have set for us. Just do you and make sure your heart is happy."

At the end of the day, every person has a right to not want people to see certain photos. Duplicating that photo is disrespectful to Khloé, and what's even worse is commenting on a woman's body, saying she must constantly be photoshopped, edited, or filtered. So let's everyone mind your business and respect other people's decisions. And Khloé — you're doing amazing sweetie!