Sending signals? Khloé Kardashian has been sharing several cryptic messages as of late — and the trend continued on Tuesday, October 9.

The Good American founder, 34, took to Instagram Story to post two more this time. “God bless the woman who just wants to be better, do better, feel better; who refuses to give up despite the hell she experiences on earth,” the message read. “Be good to people. Even the sh–tty ones. Let the a–holes be a–holes. You’ll sleep better.” 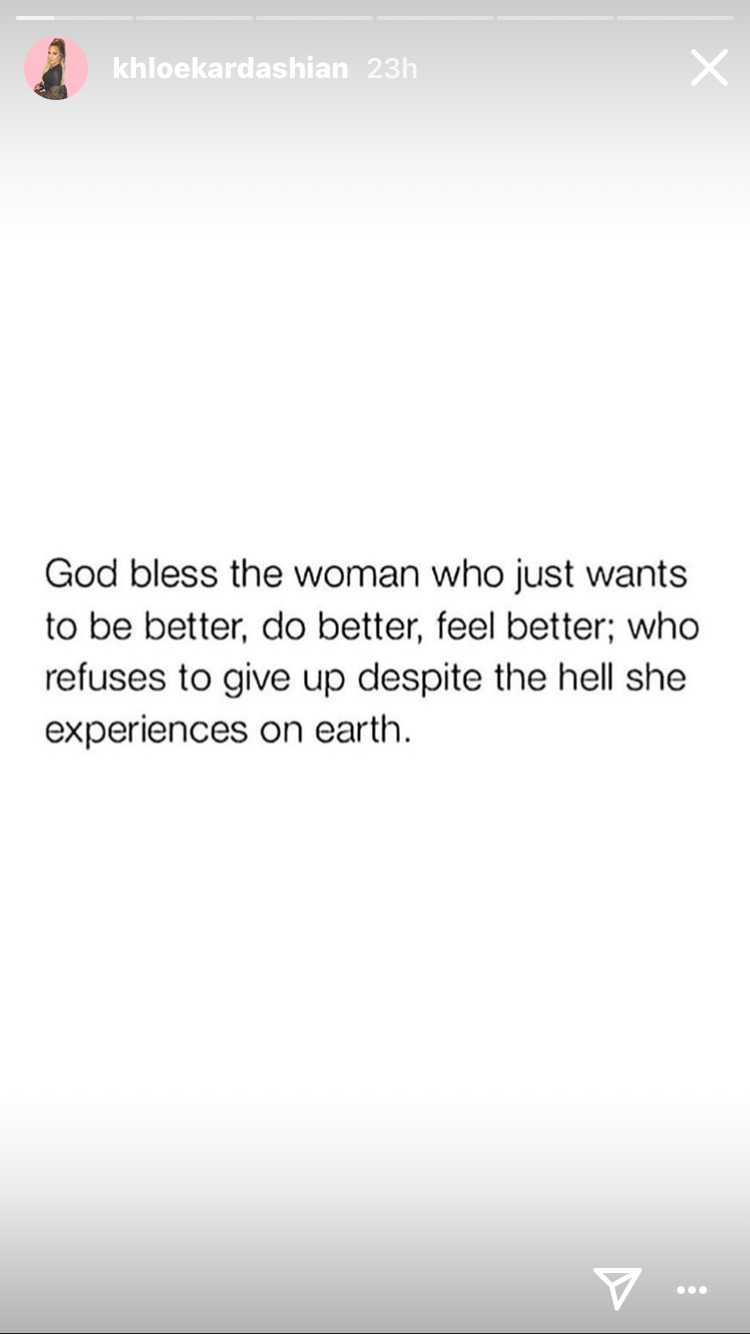 The posts come just days after she shared another that read, “We don’t always choose what happens to us, but we can choose to see it as a positive, to believe it is for the best, and to use it to grow.”

The Keeping Up With the Kardashians star has been staying optimistic about her relationship with Tristan Thompson despite his cheating scandal that made headlines in April. (The couple welcomed daughter True, now 6 months, shortly after the news broke.) The Cleveland Cavaliers player, 27, seemingly cheated on Kardashian with several women in New York City and Washington, D.C in April and October 2017, respectively.

Despite the controversy, the couple have been looking forward to the future. “Khloé and Tristan are doing better than anyone could have expected,” an insider previously told Us. “Tristan has promised Khloé he will never betray her again. She believes him.”

Last month, however, Thompson was seen getting close to an unidentified woman while partying at a nightclub in L.A. “Tristan and a girl were chatting and flirting throughout the night,” a partygoer told Us at the time. “They were very touchy-feely. He had his hand on her butt.” For her part, the Strong Looks Better Naked author chooses to have faith in her significant other. “Khloé believes every word Tristan tells her,” a source told Us. “They’ll stay together.”

For all the inside details on the biggest celebrity stories and scoop this week, subscribe to our new podcast “Us Weekly’s Hot Hollywood” below!