Kardashian, 33, wore full Cavaliers attire to the support the father of her 8-week-old daughter, True. The baby has been a bright spot in the new mom’s life. Just before she gave birth, videos and photos surfaced of Thompson, 27, getting close with other women during her pregnancy.

Though the Good American denim cofounder has not commented on the scandal, she approves of Kanye West’s new album, which features a Thompson-dissing lyric. 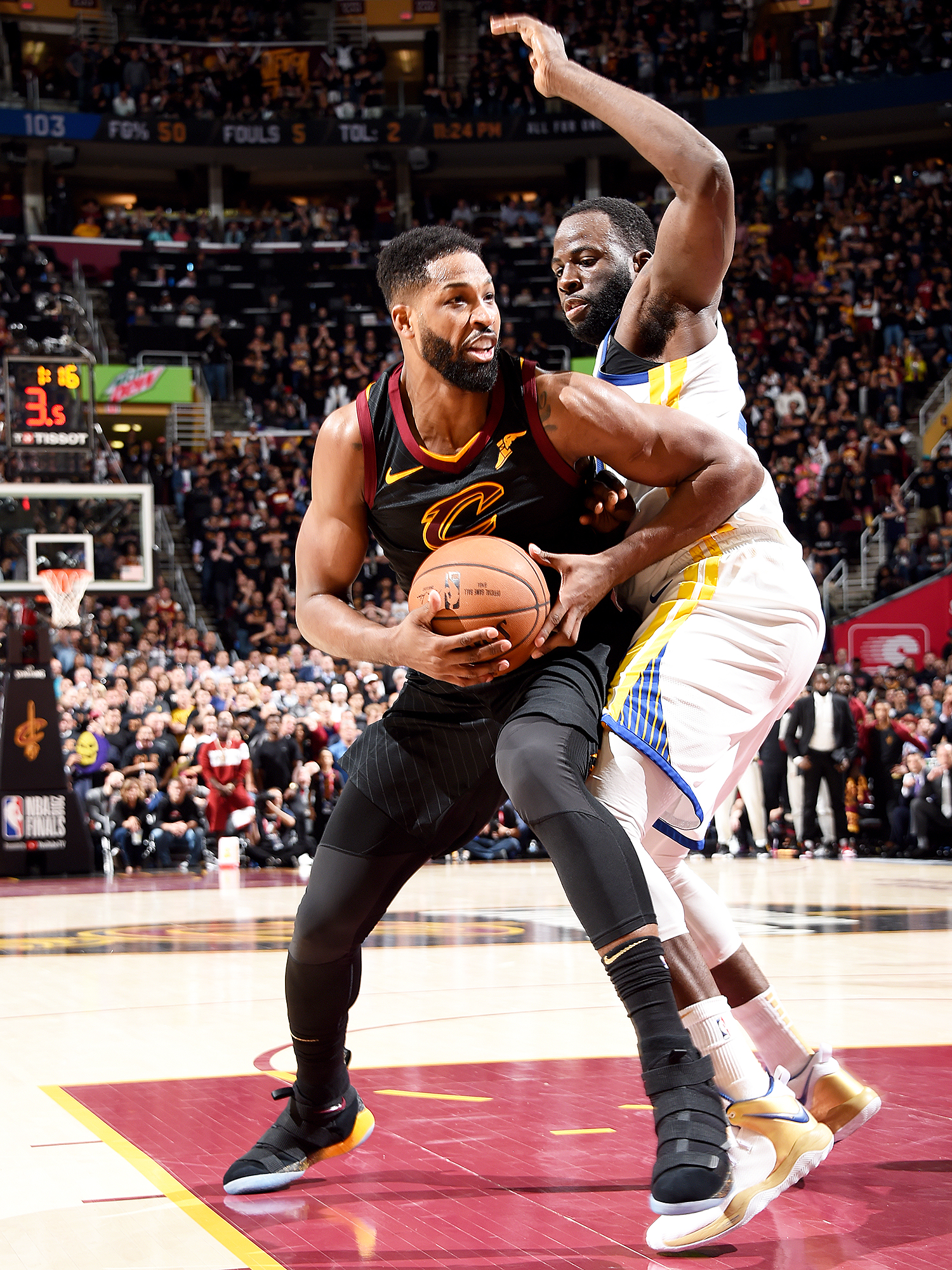 Kardashian praised her brother-in-law’s album on Sunday, June 2, tweeting, “Ye” and three fire emojis. West addressed Thompson’s infidelity in the track “All Mine.” Lyrics include, “All these THOTs on the Christian Mingle / Almost what got Tristan single / If you don’t ball like him or Kobe [Bryant] / Guarantee that bitch gonna leave you.”

The reality star is still living in Thompson’s Ohio home but Us Weekly reported in May that the couple are “fighting constantly” since the scandal broke.

“She doesn’t know how she’s going to rebuild trust in him. She knows her family and friends aren’t supporting him or her right now,” a source told Us at the time.

Khloe’s sister Kim Kardashian shared her feelings on the situation during an April appearance on The Ellen DeGeneres Show. “Poor Khloe,” she said. “Like, I don’t even know how to describe it besides it’s just so f—ked up.”