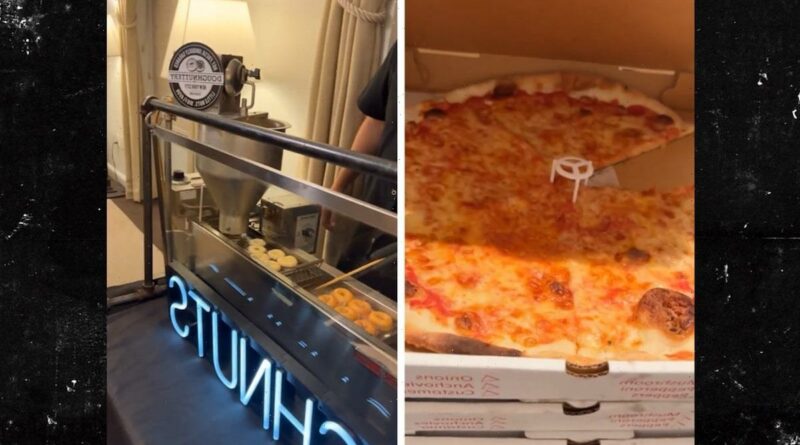 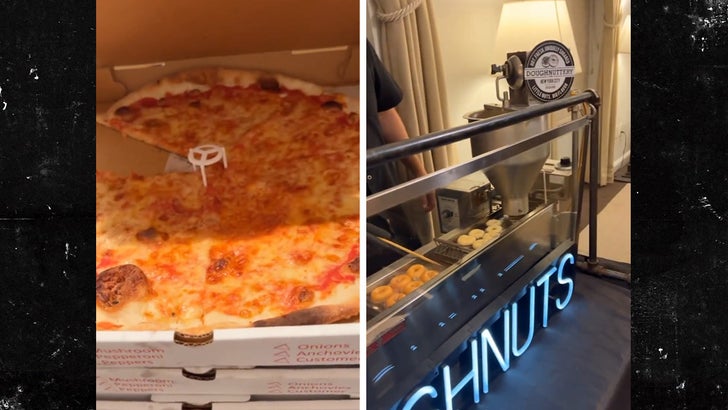 Kim Kardashian hit the snooze on Met Gala after-parties … choosing to head back to the hotel with Pete Davidson for the carbs they craved after 3 weeks of dieting!!!

Kim made a beeline for the Ritz Carlton in NYC for pizza and donuts with Pete after the shindig. The couple had towers of pizza at the ready, and fresh donuts made in their hotel suite. Unlikely the 2 will annihilate all the boxes, so we’re guessing they were expecting company.

Kim says she’s passed on carbs for weeks, and you can hear in her voice how she’s been longing for a slice or two. Kim said she had to lose 16 pounds to squeeze into that dress … the same one Marilyn Monroe wore 6 decades ago when she sang her sexy version of “Happy Birthday” to JFK.

Kim’s been hinting at wearing the dress for some time … first, she said she couldn’t tailor her outfit, and then she and Pete were spotted leaving “Ripley’s Believe It or Not!” museum in Orlando, where the iconic dress is on display.

After gobbling down some pizza and donuts, Kim and Pete headed for the airport and flew back to L.A. Khloe also came along for the ride home.

And, as you know by now, they arrived home in victory, winning a solid victory against Blac Chyna Monday in her defamation trial.

The 41-year-old reality star would only wear the famed outfit for a matter of minutes, as she immediately changed into a replica once she had walked the red carpet to make sure the original made it back in one piece.