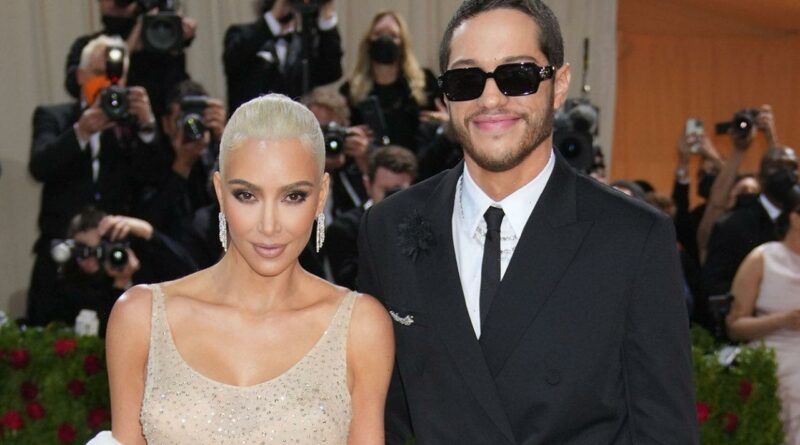 The former star of ‘Keeping Up with the Kardashians’ and her boyfriend’s high-profile romance reportedly ‘continues to grow’ as they are talking future plans together.

AceShowbiz –Kim Kardashian and Pete Davidson are seemingly taking their relationship to the next level. If a new report is to be believed, the couple is already talking about their “future plans and moving in together.”

The 41-year-old star and Pete, 28, started dating last year and their high-profile romance “continues to grow.” A source said, “They’re very secure with their relationship and talk future plans and moving in together. They’re looking forward to vacationing together this summer and having romantic alone time.”

Pete wasn’t able to join Kim at the recent wedding of her sister, Kourtney Kardashian. But the comedy star is now determined to make up for his absence from the ceremony in Italy. The insider told Us Weekly, “He just wants to make her happy and is making up for not being able to go with her to Kourtney’s wedding.”

Meanwhile, Kim has heaped praise on her boyfriend, describing Pete as “the best human being [she’s] ever met.” The reality star admitted to loving Pete’s sense of humor, but she also revealed that there are many, many other things that she admires about the “King of Staten Island” star.

Kim shared, “Pete has got to be literally the best human being I’ve ever met. The best heart. People always say, ‘He’s so funny,’ and it has to do with how funny he is. That’s, like, fourth on my list on why I like him.”

“[He] always wants the best for people, can handle anything, always does it with grace. He’s really, really thoughtful and humble and genuine. I would say the perfect word to describe Pete is genuine,” she added.

Kim also explained why she decided to keep their romance quiet for so long. During the latest episode of “The Kardashians“, she said, “I just feel like I wanted to really make sure and not just be so, ‘Oh my god, I just met someone and I’m having fun,’ and just, like, start talking about it on a show and then if we weren’t talking months later I’d be, like, an idiot or a whore. Either one.”