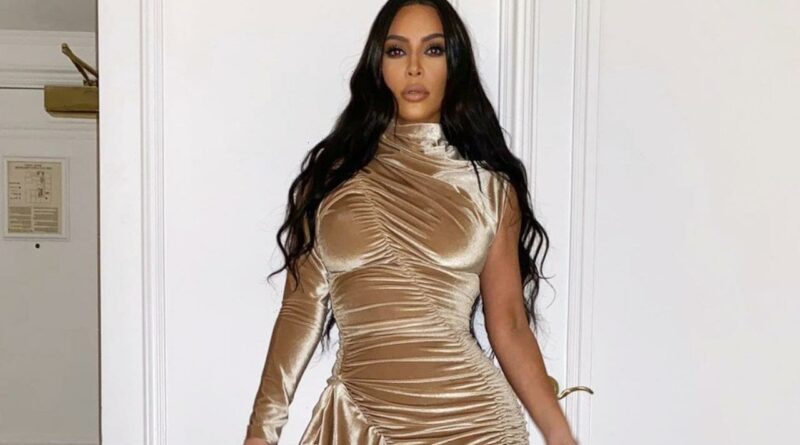 Although the SKIMS founder explains that she made sure to cover up when she went inside St. Peter’s Basilica and the Sistine Chapel, some of her fans still believe that her dress was ‘inappropriate.’

AceShowbiz –Kim Kardashian knew how to prevent backlash. When sharing some pictures of her wearing a sexy lace dress during her Vatican tour with Kate Moss, the SKIMS founder assured fans that she “adhered” to the dress code, which says visitors can’t wear “low cut or sleeveless clothing.”

The “Keeping Up with the Kardashians” star posted the snaps in question on Instagram on Thursday, July 1. In the photos, she was seen rocking a white off-the-shoulder dress with side hip cutouts. The 40-year-old, however, brought a chic black leather jacket which she wore inside the historical building.

In the caption, the estranged wife of Kanye West wrote, “We had the most incredible experience touring Vatican City @vaticanmuseums.” She added, “It was amazing to be able to view all of the iconic art, architecture and ancient Roman sculptures in person, especially Michelangelo’s works.”

Kim continued, “We even had an opportunity to view their private archive of robes worn by every pope in history, dating back to the 1500’s. Thank you @ocspecial for arranging the visit.” She then explained, “(Don’t worry, I adhered to the dress code and fully covered up while inside St. Peter’s Basilica and the Sistine Chapel’s).

Despite Kim’s clarification, some of her fans still believed that her dress was “inappropriate.” One user in particular commented, “Totally not appropriate for the Vatican and church even if you were covered up a little, IMO.” Another echoed, “The most inappropriate dress worn to go to church let alone to visit the Vatican.”

Kim was also criticized for taking pictures inside the chapel. One person argued, “Bizaaarre, u took photo in [sistine] chapel?!!! because guards are screaming NO FOTO NO FOTO all the time.” An individual stressed, “You’re not allowed to take pics in there missy!” Someone else chimed in, “I guess the no pictures rule they have posted EVERYWHERE in there does not apply to you.”

That aside, Kim apparently has had a great time in Rome. A few days prior, she shared on Instagram some pictures of her at the Colosseum. For the outing, she went casual by wearing a white keyhole top, blue shorts and gray flip flops. She paired her outfit with sunglasses and a necklace.