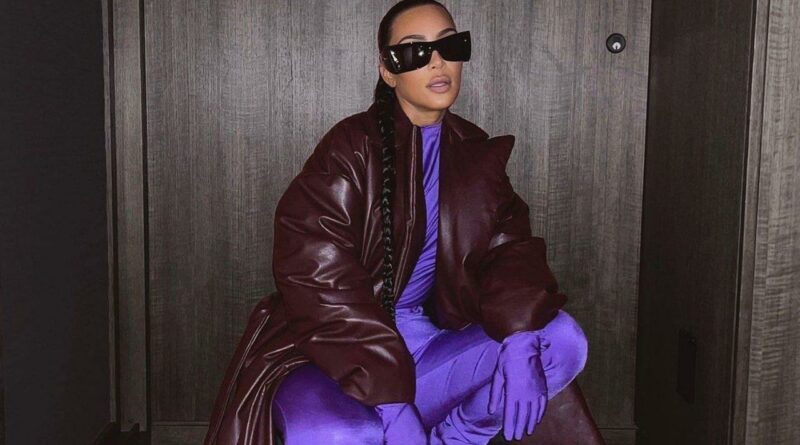 Kim is called ‘a little wizard’ by sister Khloe Kardashian for knowing ‘all this legal jargon’ and coming up with a rescue plan whenever the family is in crisis.

AceShowbiz –Khloe Kardashian always turns to her sister Kim Kardashian in a “crisis.”

The Good American co-founder – who has three-year-old daughter True with Tristan Thompson – says her sister is “calm” in all situations and she’s the first person she goes to, to feel “reassured” whenever she is facing any “drama.”

Speaking to the December 2021 / January 2022 issue of Cosmopolitan U.K. – of which she is the cover star – Khloe said of her older sibling, “She’s the PR crisis helper. Poor girl. She’s really calm and now that she knows all this legal jargon she will say things that make you feel reassured – I don’t even know what they mean.”

“If there’s any kind of drama, you talk to her about it, She’s like, ‘We’ll figure it out.’ She comes up with a plan – she’s a little wizard like that. Either I feel calm or I’m like, ‘Why the f**k aren’t you more upset! I don’t understand why you’re so calm about this.’ “

The reality star admits she is the most “outspoken” sister in the Kardashian family but explained that, more recently, she hasn’t been as vocal on social media because she finds it too “dark and consuming.”

When asked about being the most outspoken sister out of her, Kim, Kourtney, and half-sisters Kylie and Kendall Jenner she said, “I am, but we’re all outspoken in different ways.”

“I’m the one who’s outspoken publicly, whereas the others might have their opinions within their circle. I’m probably just the loudest! I used to comment a lot more but the last couple of months, I’ve been posting and walking away. It’s so dark and consuming sometimes. When I don’t feel strong enough emotionally, I have to know that and put myself first.”