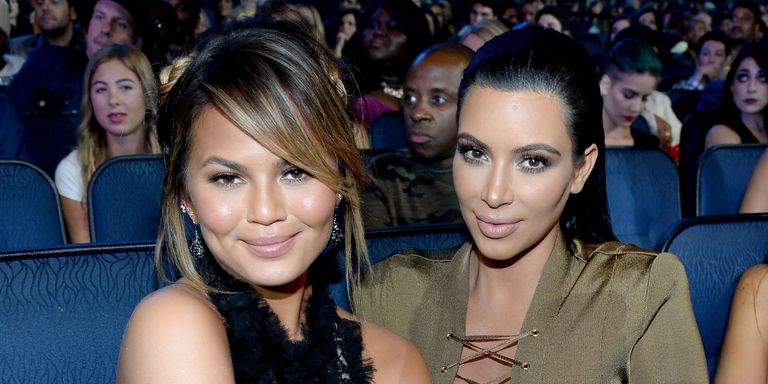 The baby shower was, of course, also shared with the world on social media, so we can all pretend that we got an invite. Even though, like, we definitely didn’t.

Teigen looked so happy to be celebrating her second pregnancy with close pals:

Kim posted a video clip showing several gorgeous cakes, all of which featured brilliant puns, such as “A Legend in the Making” and “Legendary.” Yes, Teigen is most definitely having John Legend’s child:

And following their heated political text exchange earlier this week, West and Legend proved that their bromance is still going strong with this selfie:

There also appeared to be some seriously awkward dancing at the “after party” as guests listened to Kanye West’s new music. Check out Kris Jenner’s moves, though:

Hair stylist and Ouai founder Jen Atkin was in attendance, too, supporting her close friend Teigen:

Teigen was caught sitting on a sheep, which according to Kim is a priceless collectors’ item, and that Kris Jenner would go mad if she found anyone touching it. But as it was Teigen’s baby shower, no-one can tell her off, right?

And, of course, Legend found a piano and played some tunes:

In a recent interview with The Cut, Teigen opened up about getting pregnant again and said:

“You know, we did IVF and it’s kind of crazy because even though you do all this planning and preparation, you take progesterone and inject your body and do all this stuff—and when I finally did get pregnant I was like, ‘Oh crap, are we ready?'”