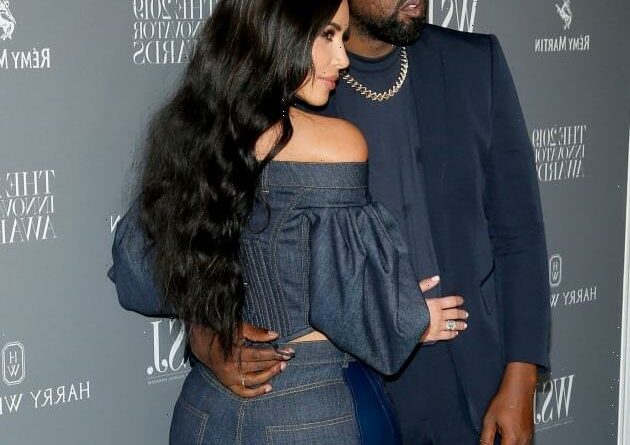 It’s been one year.

And now Kim Kardashian is at last ready to talk.

The reality star cited “irreconcilable differences” last February in her divorce filing from Kanye West, revealing very little at the time in regard to why she wanted to legally split from her husband of seven years.

The decision came amid a flurry of rants and raves by the rapper after he ran for President in 2020, the most disturbing of which was the bombshell that he initially wanted to abort daughter North.

Many observers assumed back then that Kim simply couldn’t handle a relationship with suchh an unstable presence… and this may very well have been true.

Speaking to Vogue for a March 2022 cover story, though, the mother of four delivered some rare into into this very public breakup.

“For so long, I did what made other people happy,” Kim explained to the outlet.

“And I think in the last two years I decided, I’m going to make myself happy. And that feels really good. And even if that created changes and caused my divorce, I think it’s important to be honest with yourself about what really makes you happy.

“I’ve chosen myself. I think it’s okay to choose you.”

Kardashian says she’s on Team Me at this point in her life, expounding on this description as follows:

“I’m going to put my phone down. Unfollow if I don’t want to see something on Instagram.”

The estranged spouses kept quiet for awhile about their divorce.

Of late, however, West has been going after his ex, even calling Kim out last week for letting their daughter film a TikTok video and also accusing her of kidnapping one of their daughters.

Kim doesn’t address any of those wild accusations in thie Vogue feature, having done so via a pointed statement on Instagram a few days ago.

Instead, Kardashian focuses on the idea of finally putting her own needs above those of others; i.e. her unhinged ex-spouse.

She only tries to take the highest road possible when it comes to the artist, considering the stars will always share four children.

“You could be so hurt or angry at your ex, but I think in front of the kids, it always has to be ‘Your dad’s the best,'” Kim told Vogue.

“Make sure you are your co-parent’s biggest cheerleader, no matter what you’re personally going through.”

Along these lines, Kardashian is trying to take her sister Khloe’s advice and simply post and ghost; that is, share a message on social media and then don’t respond to any comments or clapbacks.

West makes this challenging, however.

He continues to ramble on and on about his ex in various interviews and posts, going as far one time as to spread the rumor that Kim’s ongoing lover, Pete Davidson, has AIDS.

“Divorce is difficult enough on our children and Kanye’s obsession with trying to control and manipulate our situation so negatively and publicly is only causing further pain for all,” she fired back on February 4, later adding:

“From the beginning I have wanted nothing but a healthy and supportive co-parenting relationship because it is what is best for our children.

“It saddens me that Kanye continues to make it impossible every step of the way.

“I wish to handle all matters regarding our children privately and hopefully he can finally respond to the third attorney he has had in the last year to resolve any issues amicably.”