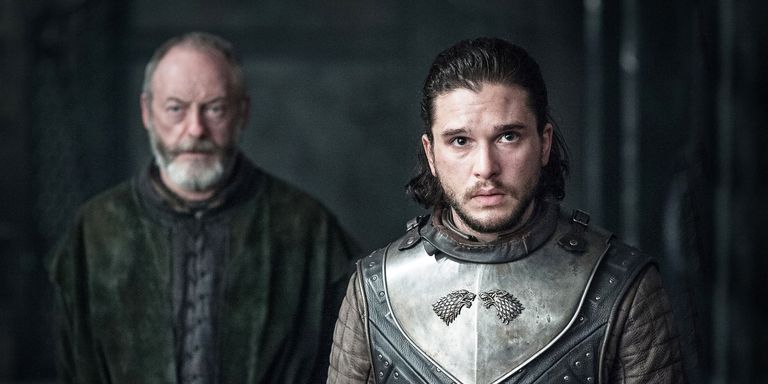 Kit Harington and Rose Leslie’s wedding date was finally revealed this weekend, but the actor responsible for bringing Jon Snow to life has headed to Monaco for the Grand Prix.

While a whole host of celebrities are in Monaco this weekend, including Bella Hadid, Harington turned up with some of his Game of Thrones co-stars. But instead of merely watching the action, the actor put on a helmet, and got into one of the cars himself.

Attending the Monaco Formula One Grand Prix in Monte Carlo on Sunday, Harington brought Liam Cunningham and Nikolaj Coster-Waldau along, too, making the trip look like a low-key bachelor party.

But it appears that only Harington donned a helmet and got into one of the racing cars, and he looked elated about it:

Just this weekend, the BBC reported that the “23 June date has been posted at the Huntly registration office in Aberdeenshire. The actress’s father, councillor Seb Leslie, owns a castle in his West Garioch constituency.” It’s thought that the wedding will be taking place at the family’s castle.

While Harington and Leslie’s big day is sure to be an intimate affair, it was previously revealed that their wedding invitations featured special Jon Snow stamps on the envelopes. As they met on the set of Game of Thrones, it’s only fitting that their wedding features a few nods to the show that brought them together.