Home » Celebrities » Kody Brown is a Selfish Jerk Who Doesn’t Care About His Family: Daughter 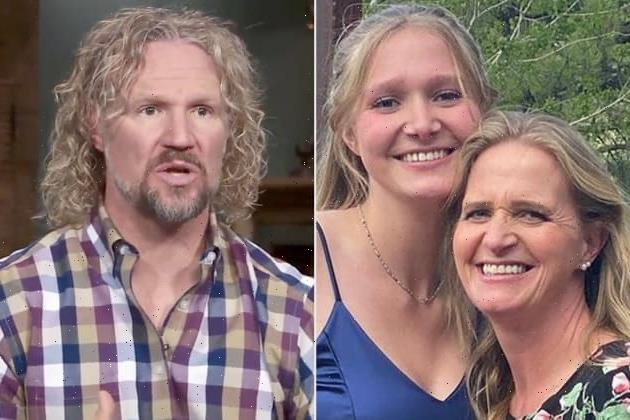 Kody Brown is a crappy husband.

This should not come across as a surprising statement to anyone who has been paying any attention at all to the Sister Wives patriarch and/or any of his spouses over the past year or so.

Heck, Christine Brown announced in early November that she was leaving Kody after more than two decades as his spiritual spouse.

But Kody Brown as a father?

… it turns out he isn’t much better.

On Sunday night’s brand new installment of the long-running reality show, viewers were taken way back to the summer of 2020.

As you might recall, one of Kody and Christine’s kids, 17-year old Ysabel, was in need of back surgery at the time to hopefully fix an ongoing scoliosis issue.

Christine broke the news to fans back then, even asking them to maybe donate some money because she needed $50,000 to pay for the procedure.

It also came out around last September that Kody would NOT be accompanying Ysabel to the surgery, which took place in New Jersey and which, thankfully, appeared to go very well.

The latest Sister Wives episode was filmed all that time ago, and it gave us a glimpse into how Ysabel responded to her dad’s very rude and selfish snub.

In short, Kody was more concerned about COVID-19 than the emotional well-being of his child.

“I’m not traveling with Christine and Ysabel on the way to surgery, I’m not going to surgery, I think it’s very risky,” he told the cameras.

“I also feel like a total hypocrite if I’m not keeping the rules that I’m asking — begging, literally begging — everybody to keep.”

Kody has been adament throughout the pandemic that he absolutely cannot get the virus because he travels from house to house and would potentially infect dozens of loved ones if he got sick.

There may be some logic to that argument, but try telling that to a teenager about to go under the knife.

“I think his priorities are a little screwed up,” Ysabel said in a confessional after her dad’s decision.

“And l don’t want to disrespect him because he is my dad and I understand, I do. I do understand why he’s doing it, it’s just really frustrating and really, really hard.”

Once they arrived in New Jersey, Christine and Ysabel spent two weeks quarantining at her sister’s house before Ysabel could actually get the surgery.

They were super careful. They took every protocol seriously.

Discussing her daughter’s scoliosis, the mother of six said the x-rays “one of the hardest things” to look at because of the severity of the curve in Ysabel’s spine.

If only Kody reacted with similar sympathy, you know?

“The first time I saw her curve was heartbreaking, when I showed it to all the parents what her curve looked like… it’s hard. It’s hard to see an x-ray like that on your kid.

And Christine wasn’t just putting words in her daughter’s mouth, either.

“I think I’m a little upset that he can’t go because he’s always talking about how family comes first,” the teenager said in her own confessional.

“But when it comes down to it, I need him there, and he’s not putting his daughter above the fear that he has of the pandemic.”

One day before the surgery, meanwhile, Christine reflected on what it meant to her to get Ysabel the help for her back pain.

“I’ll feel like a good mom tomorrow, not that I don’t but just, I’ll finally be able to give her what I wanted to,” she said as the emotional episode came to a close.

It also seems like Kody’s lack of attendance here may have realy jump-started Christine’s realization that the marriage is unhealthy for her.

In the teaser for next week, she says that Kody not being there for Ysabel’s surgery is “ripping her apart.”

The preview even shows Ysabel asking for her dad as she wakes up from the procedure.

Cut to a tearful Robyn telling the cameras: “I just wish we could circle around Izzy and Christine.”