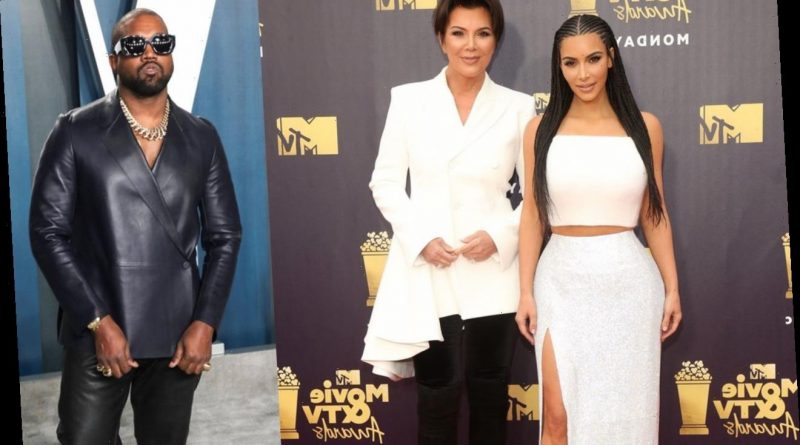 Meanwhile, the KKW Beauty founder is said to be having a hard time to cope with her marital woes in a preview for the next episode of ‘Keeping Up with the Kardashians’ season 20.

AceShowbiz –Kris Jenner has broken her silence on the divorce drama involving her daughter Kim Kardashian and Kanye West. During her appearance on “The Kyle & Jackie O Show” on Thursday, March 18, the momager admitted that things were not easy for the estranged couple.

“I think it’s always going to be hard anytime, you know, there’s a lot of kids,” Kris said, referring to Kim and Kanye’s four kids. “The good thing about our family is that we are there for each other and supportive and we love each other very, very much, so all I want is for those two kids to be happy. And I want the kids to be happy. That’s the goal.”

The 65-year-old TV personality went on to share that her hope for her family was to “be able to have the love and appreciation of one another, and that everyone’s OK. That’s what you want as a mom.”

Meanwhile, Kim was said to be having a hard time to cope with her marital woes in a preview for the next episode of “Keeping Up with the Kardashians” season 20. In the new video, which arrives following season premiere on Thursday, Kris is featured discussing Kim’s marital issues with Kourtney Kardashian and Khloe Kardashian at their Malibu rental home.

“I know she doesn’t want to talk about it on camera,” Kris tells her daughters, adding, “But I just feel like she’s struggling a bit.” When Kourtney notes that the KKW Beauty founder “can’t possibly navigate this on her own, Kris responds, “I don’t know how she’s dealing with the stress of it all.”

In the Thursday episode, Kim talked about how she was feeling being apart with her kids, North (7), Saint (5), Chicago (3) and Psalm (22 months), as they were in Wyoming with the Yeezy founder as she studied for a law school exam. “That’s the hardest thing for me is to be away from the kids,” Kim said. “But I have to really dedicate myself and do it.”

Kim officially filed for divorce from her rapper husband on February 19. Despite alleged tension, the pair reportedly are determined to do their best to co-parent their kids.