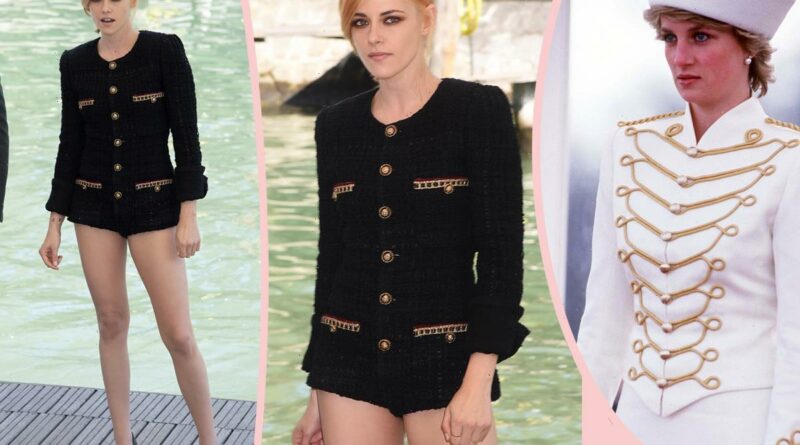 Wow, what a fashion statement!

Just like Princess Diana, whom she’s playing in her new movie Spencer, Kristen Stewart is making a fashion statement with her appearance at the Venice International Film Festival.

The Twilight alum arrived on Friday, stepping off the boat in an outfit that called to mind some of the more buttoned up, broad-shouldered looks the late Princess of Wales was so fond of.

The big difference, of course, being that as a movie star who gives no effs, KStew is not obliged to any degree of modesty. She rocked the gold-trimmed romper with the shortest shorts available, showing off her fantastic legs with black pumps!

Video: See Kristen In The First Trailer For Spencer

Innerestingly, the gold-buttoned look was not just similar to some of Diana’s early looks, it was in fact, from one of her very favorite labels, Chanel. The Princess was a huge fan up until her divorce from Prince Charles — after which she could not abide it.

Why? Well, in a 2018 interview with Harper’s Bazaar Australia, designer Jayson Brunsdon told an anecdote about picking out an outfit for the late People’s Princess for her 1996 visit to Oz, saying the logo reminded her too much of her husband’s affair with Camilla Parker Bowles! He recalled:

“I found a pair of Chanel shoes, and I said, ‘Well these would look great with the Versace,’ and she said ‘No, I can’t wear linked Cs, the double C.’ So I asked why, and she said, ‘It’s Camilla and Charles.’ It was definitely the timing, it being post-divorce. She would have seen linked Cs and they would have just reminded her of Charles and Camilla. The shoes were quite boldly Chanel, I think they had gold linked Cs on them.”

Awww! How terrible that the split caused her so much heartache in other ways — and adding insult to injury even took away her ability to rock her fave fashions! At least for a while — she eventually donned a Chanel suit again a year or so later for Prince William‘s confirmation. Sadly she didn’t have time to fully embrace the look again.

Having studied up for her role, Kristen surely must have known about Diana’s temporary aversion, right? Maybe this is part of the statement?

It seems to us she was expressing Diana’s inner punk rock spirit with the fierce look. LOVES IT!

What do YOU think of the Diana-inspired look? Lets us know in the comments — but not before checking out more pics (below)! 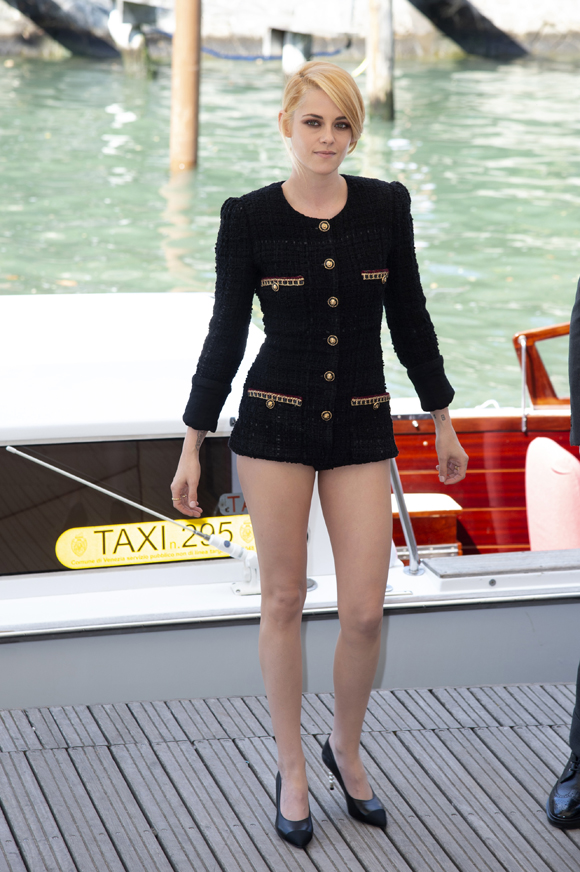 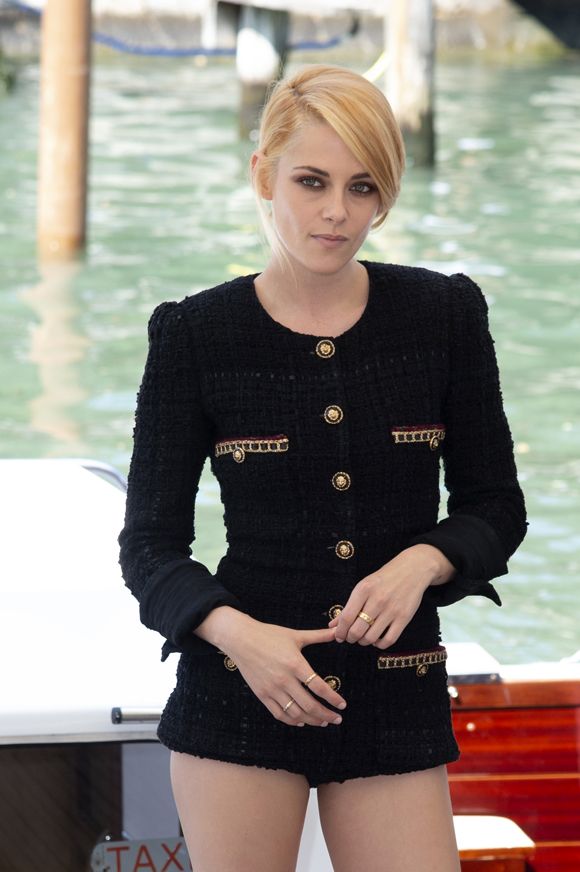 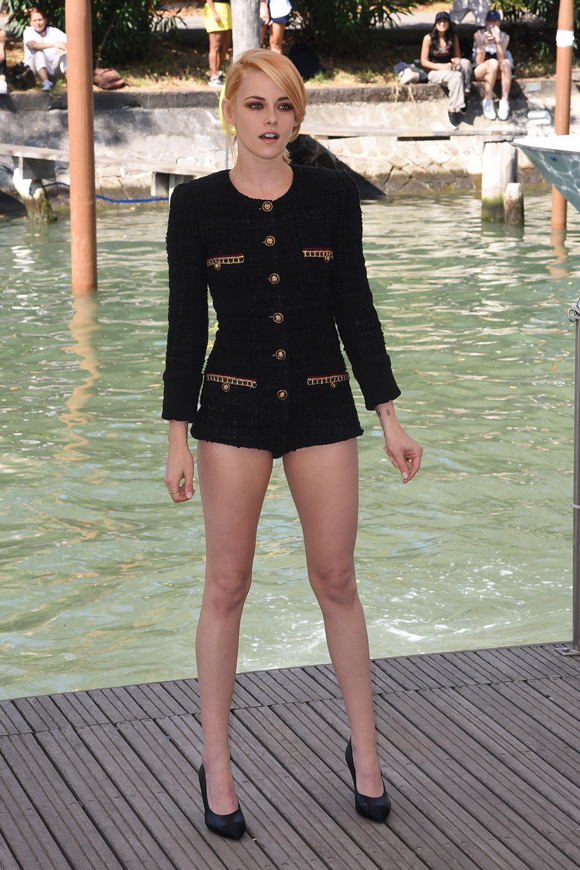