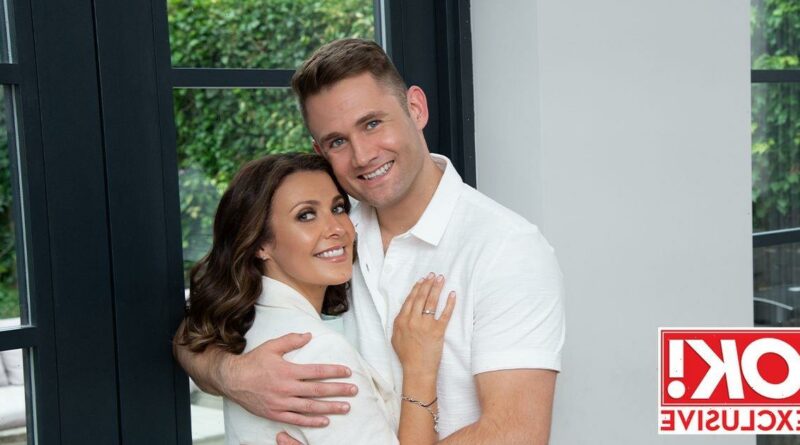 Kym Marsh has tied the knot to Scott Ratcliff after getting engaged in June, OK! can reveal.

Morning Live star Kym, 45, and army major Scott, 33, married in a romantic ceremony in front of their friends and family, including Kym’s father David, who has been diagnosed with incurable prostate cancer.

Kym, who was recently spotted on stage enjoying her hen do in Manchester, was also joined by her Coronation Street and Morning Live co-stars.

All the stunning photos from Kym and Scott's wedding will be exclusively shared in an upcoming edition of OK! magazine.

The actress previously told OK! her dad David was determined to walk her down the aisle – and the nuptials had given him something positive to focus on.

“My mum and dad absolutely adore Scott, they think he’s wonderful. This is a bit of good news, because dad’s not too well, but responding well to his latest treatment,” she revealed after announcing their engagement news.

“They can’t cure him, but their hope is that it slows everything down and we get some good time with him. I think the main thing is taking the pain away. He’s being taken care of and he doesn’t let things get him down too much.”

Kym previously teased her plans for the big day, saying: “It’s going to be stunning and a very military wedding,” Kym said. Scott added: “It should be absolutely gorgeous.”

Opening up about the proposal, Scott explained: “I’ve known I’ve wanted to marry Kym for a long time, so it’s nice to make it official. I’d been planning it for a number of months, we’d loosely discussed our future and we knew we were insanely happy together.

“We’d both had previous relationships and this just felt different. Knowing that I wanted to marry her and asking her to marry me are two different things. Covid played a part, because in my head I was thinking, ‘When are we actually going to get a chance to get married?’

“Life doesn’t wait for anyone and I knew I wanted to marry her, so I thought, ‘Let’s do it!’”

Kym was first introduced to Scott by mutual pal Anthony Cotton and started dating in 2018.

Kym is mum to David, 26, and Emilie, 23, from a previous relationship and Polly, 10, and Archie – who tragically passed away minutes after being born in 2009 – with ex-husband Jamie Lomas. Scott, meanwhile, is father to six-year-old daughter Renée.

For more exclusives, sign up to our daily OK! newsletter.