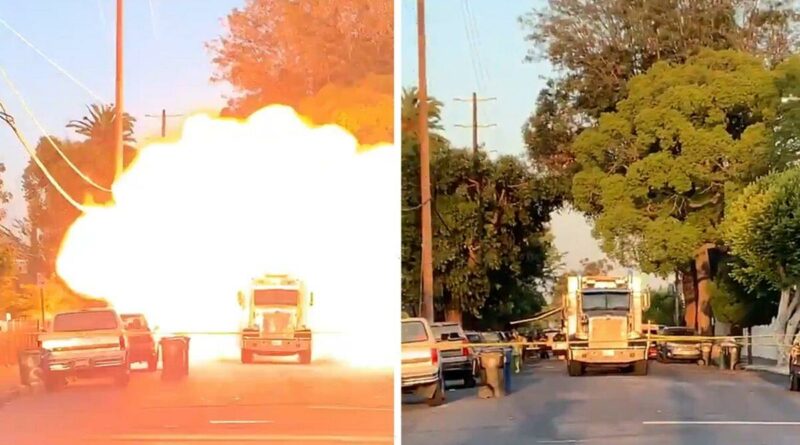 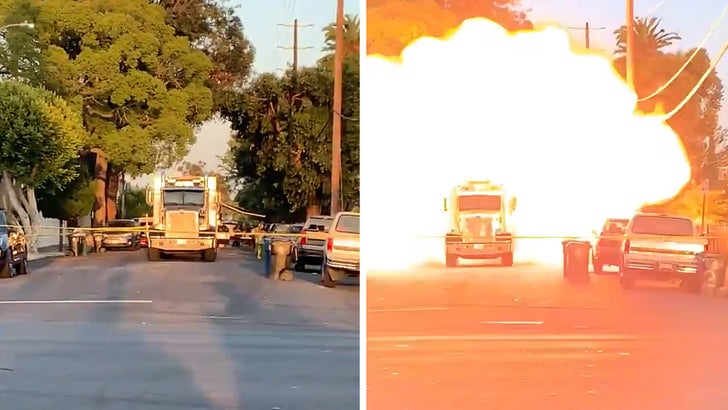 The LAPD bomb squad’s attempt to detonate illegal fireworks turned into a catastrophe when one of its trucks exploded … injuring 17 people and obliterating a neighborhood.

According to the LAPD, its bomb squad officers were in the process of seizing over 5,000 pounds of illegal fireworks Wednesday night in South L.A. Cops say some of the fireworks were being stored in its bomb squad semitruck for precautionary reasons.

It’s unclear why, but when the bomb squad detonated the fireworks inside the iron chamber of its semitruck, LAPD chief Michel Moore said there was a “total catastrophic failure of that containment vehicle.” 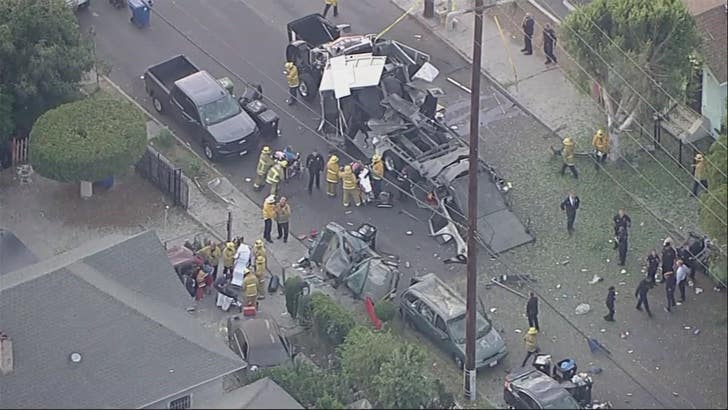 Moore added, “Clearly protocols were followed and pursued, but something happened in that containment vehicle that should have not happened and we don’t know why.”

The blast was caught on video, and you can see it wreaked havoc. At least 17 were injured — 10 officers and 7 civilians … including 3 with serious, but not life threatening injuries. The blast also damaged several homes and displaced as many as 9 families.

As for the alleged illegal fireworks culprit … cops say a 27-year-old man who lives at the home where the fireworks were found was busted on suspicion of reckless or malicious possession of a destructive device. His bail’s been set at $500k.