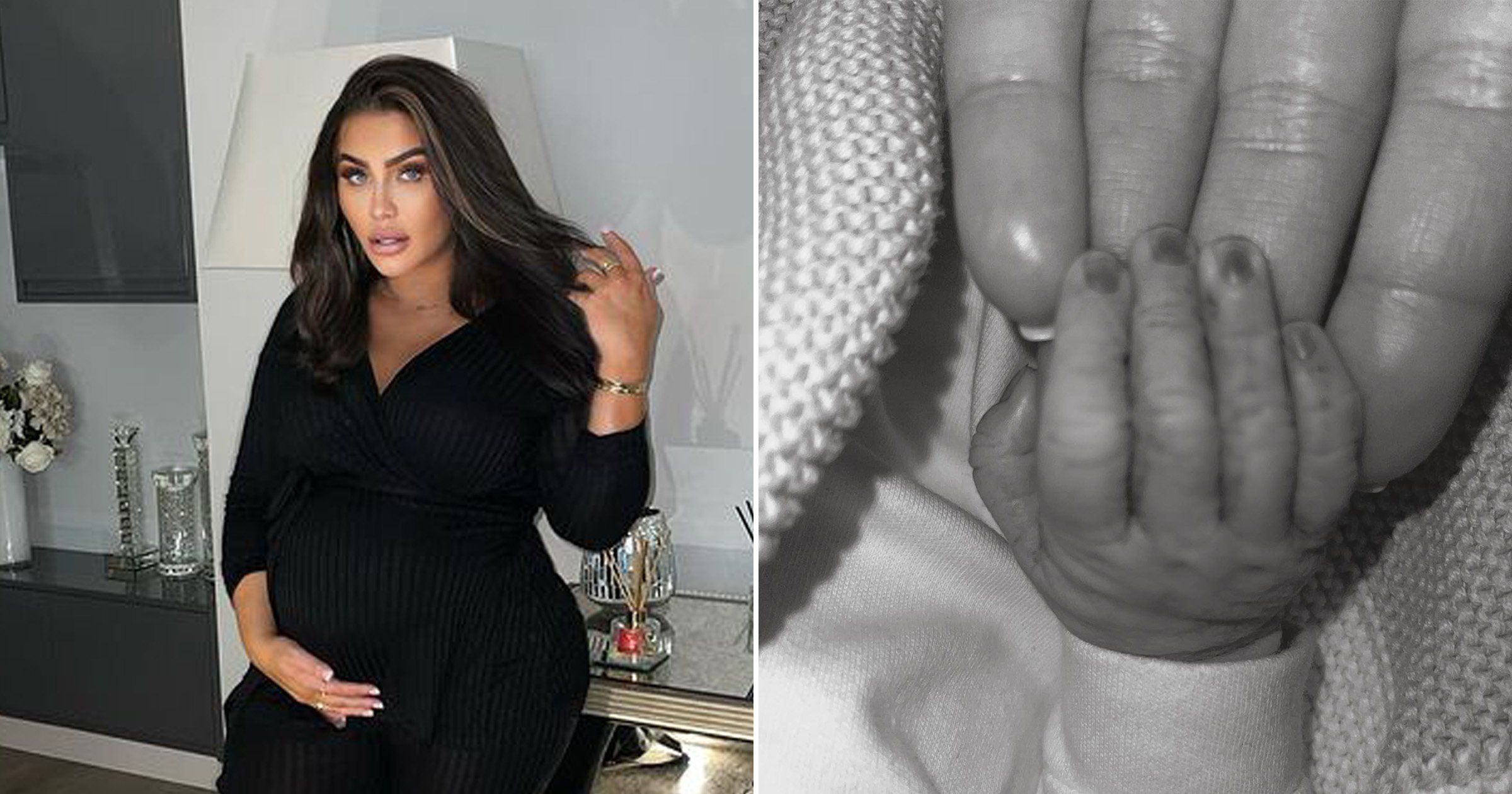 Lauren Goodger has revealed how her body is still recovering from childbirth while she also mourns the death of her newborn daughter.

The former Towie star announced on July 10 that her second child, Lorena, had died shortly after birth.

Accompanied by on/off partner Charles Drury, Lauren, 35, watched as around 10 doctors fought to save her baby girl when they couldn’t find a heartbeat.

Now almost two weeks after the ordeal, the ex-reality star – who is also mum to one-year-old daughter Larose – has revealed that it feels like Lorena is ‘still there’ with her as her baby bump is ‘not shifting’ and still showing.

She described her body as ‘unsettled’ and said it feels like it’s ‘missing a newborn’.

‘It shouldn’t happen. It breaks my heart that I won’t see her grow up,’ Lauren told New magazine.

The TV star went on to explain how she ‘never ever thought I would have to plan a funeral for my child’.

She added: ‘I’m healing. I’m still bleeding – I feel like I’ve been run over.

‘I’m not getting anywhere by blaming myself. I have to try and move forwards and accept it. First I need to understand it. She was just perfect.’

Lauren recently revealed that she plans on having a post-mortem to determine what caused Lorena’s death, as she did not experience complications during pregnancy, which she described as ‘textbook’, or the labour itself.

‘This is why I am having an autopsy. I need to understand, medically, how she died for my own sanity,’ she told The Sun.

Lauren revealed how Lorena was born with two knots in her cord but babies are usually still able to get enough oxygen.

The mum had planned on having a home birth led by her midwife Tamzin, and she started having contractions while breastfeeding daughter Larose. However, Tamzin couldn’t hear a heartbeat and so called an ambulance which rushed Lauren to hospital.

For emotional support, you can contact Miscarriage Association’s pregnancy loss helpline on 01924 200799 or email [email protected]