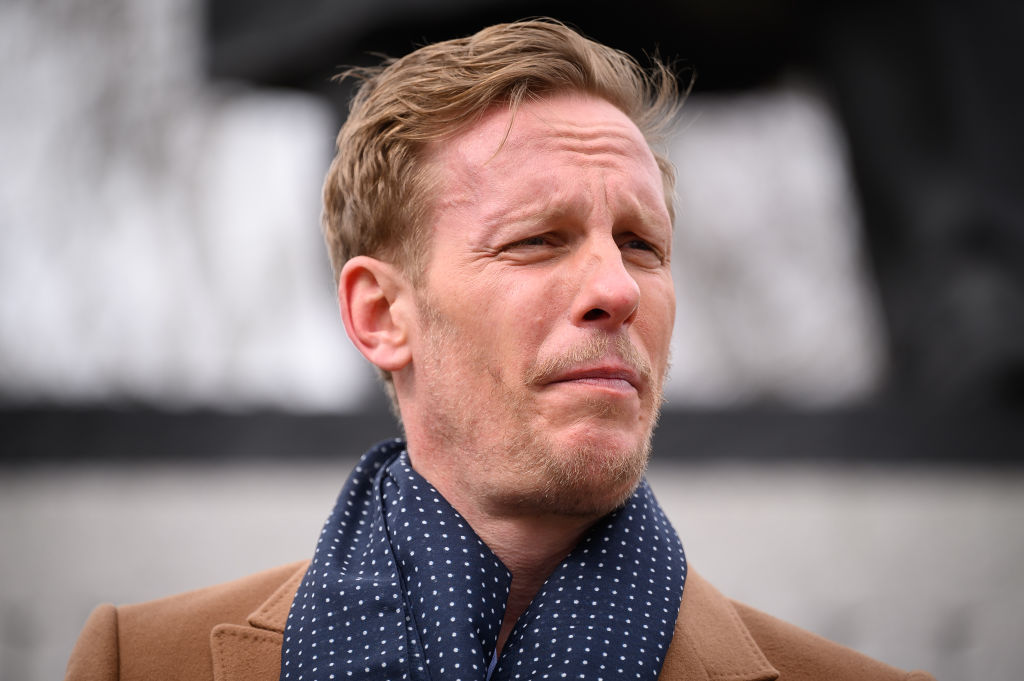 Laurence Fox has requested a jury trial for his libel battle against three people he referred to as ‘paedophiles’ on Twitter.

In turn, Fox, 43, is counter-suing the trio over tweets accusing him of racism in an exchange following Sainsbury’s decision to celebrate Black History Month.

At a hearing on Thursday, Fox’s lawyers asked for the case to be decided by a jury rather than a judge, which is said to be highly unusual in defamation cases.

Fox, who has turned to politics and founded the Reclaim party, attended the hearing at the Royal Courts of Justice in London and sat behind his barrister wearing a navy suit.

His lawyer Alexandra Marzec told the court that the actor was counter-suing to ‘clear his name from the false slur’ of being called racist.

Marzec said that a jury would be better at reaching fair verdicts ‘in light of the cultural and social context of this case’.

She continued: ‘On a question like this, “what is a racist?”, a judge is not helped by knowledge of the law, or being a skilled jurist or even high intellectual capacity.

‘He or she is assisted by his or her own life experience and knowledge of the English language.’

The barrister said the jury was also more likely to be diverse than a single High Court judge.

Marzec added: ‘All 12 people pooling their life experience and use of the English language to determine the natural and ordinary meaning of that word… A jury simply would be better at doing that task than one judge.’

The lawyer said that a diverse jury would mean the decision would be ‘incapable of being undermined on the lazy basis that a white judge sided with a white man who denied being racist’.

In a written judgement, Marzec wrote that Fox’s three tweets were not intended ‘or received or understood by anyone as a factual statement that any of the claimants were in fact “paedophiles”’.

Further explaining their request for a jury, Marzec later argued that judges could be subject to ‘involuntary bias’, as a Judicial College document on equal treatment has an ‘ideological’ definition of racism.

However, Heather Rogers QC, for the trio, disputed this claim.

She said: ‘It’s such a bad argument…. It is a guidance as to how you treat people in court, it is not the law.’

The barrister added in written submissions that they ‘can see no good reason for the court to order jury trial in this case’.

‘There is nothing in this,’ she stated.

Rogers later argued that there was no suggestion made by anyone in the case that her three clients were paedophiles, and that Fox’s case is that ‘he was using a rhetorical device’.