The British singer was also forced to sell her $5.6 million mansion in 2016 after being sued by a former tour manager who accused her of breaking a contract.

AceShowbiz –
Lily Allen has racked up debts to the value of £1 million ($1.3 million).

The British singer is often outspoken when it comes to addressing social and political issues, but many critics have claimed that she is too wealthy to truly understand the issues of ordinary people of which she speaks. 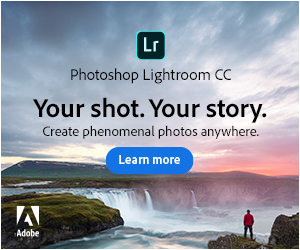 ‘;return dp(a+”Your video will play after this ad.

However, the 33-year-old has shared that her financial situation is not as impressive as people think.

“Well, I’m a million pounds in debt, so put that in!” she told a reporter during an interview with NME. “Because I haven’t been falling out of nightclubs for the last two years, they’ll (critics) say, ‘Well, she’s rich.’ If I’d been falling out of nightclubs, they wouldn’t bother with the rich thing – they’d just be like, ‘She’s a f**ktard.’ So I think it’s whatever they can get with.”

Lily also addressed her financial worries in a recent interview with British newspaper i News, in which she recalled having to sell her $5.6 million (£4.2 million) mansion in 2016, after being sued by a former tour manager who accused her of breaking a contract.

“I had to use my tax money to pay this debt, which then meant I didn’t have money to pay my tax. So I had to sell my house. And take out a big loan, actually,” she explained. “So, yeah, money is a concern.”

In spite of her monetary strain, the Grammy nominee insisted that authenticity as opposed to commercial success was the main driving force behind her latest record, “No Shame” – which includes songs regarding the breakdown of her marriage to ex-husband Sam Cooper.

“Going into this record, I thought, ‘You know what, I’ve never been about radio plays and awards and magazine covers,'” the “Smile” hitmaker considered. “Yes, those things happened in my career, and I’m very grateful – they bought me my house. But they’re not why I went into this.”