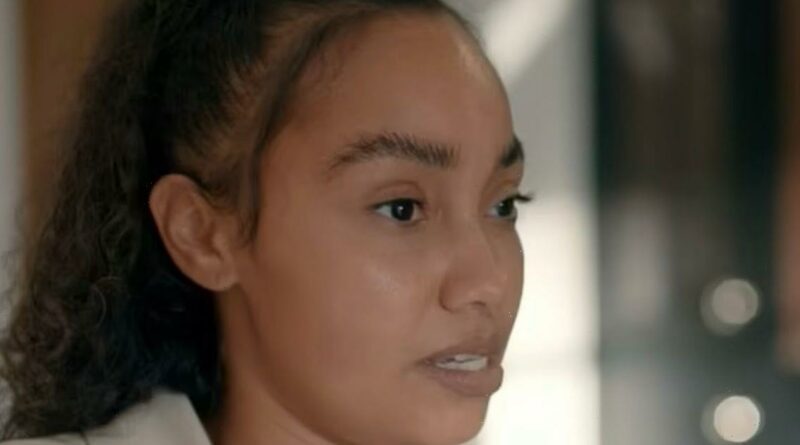 Leigh-Anne Pinnock has been praised for holding her fiancé Andre Gray to account over the offensive tweets he made towards dark-skinned women.

The pair, who recently announced they are expecting their first child together, discussed the footballer's 2012 tweets about dark-skinned women, including one where he compared black women wearing red lipstick to "burnt toast with jam on it".

In a scene shared on her BBC One documentary Leigh-Anne: Race, Pop & Power, the emotional Little Mix star told Andre that his social media remarks made her "feel a bit sick".

"I was really upset because I was just like, 'Who is this person? This is horrible'," she told him.

The 29 year old continued: "That wasn't the person I knew. When they surfaced, my heart sank. Because I was like, 'That is not the person I met. It sounds like a child, like a silly child'."

Andre explained: "This is what happens when you're kids and that. You do become a product of your environment.

"So whatever you are around every day, and you're not educated on it, or exposed to why it's wrong, then it kind of sticks."

The athlete added: "There's no excuse at all, when it all came out and stuff, like obviously I was embarrassed, ashamed, disappointed, at the same time… I had to be a man about it."

Leigh-Anne also added the reality of their future, telling Andre: "We could have a child, and it could come out darker than us."

Andre continued to apologise, saying: "I've made that mistake, and I've learnt, and I've educated myself and grew up to understand how offensive and how wrong it was what I did. There was never any malice, but again, no excuse."

Viewers applauded the singer's confrontation with Andre as they noted it couldn't have possibly been an easy conversation with a loved one.

One person tweeted: "I applaud to leigh anne for holding andre accountable for this problematic past."

A second wrote: "It's good that Leigh-Anne showed Andre's past tweets. Funny thing is there's loads of mixed race men/light skin black men who still think like he supposedly used to!"

A third added: "It makes me so happy that instead of ignoring Andre's past tweets. Leigh Anne called him out for his past colourism and they discussed together how wrong it was. It's so important to have these discussions with friends or family that have made racist comments!"