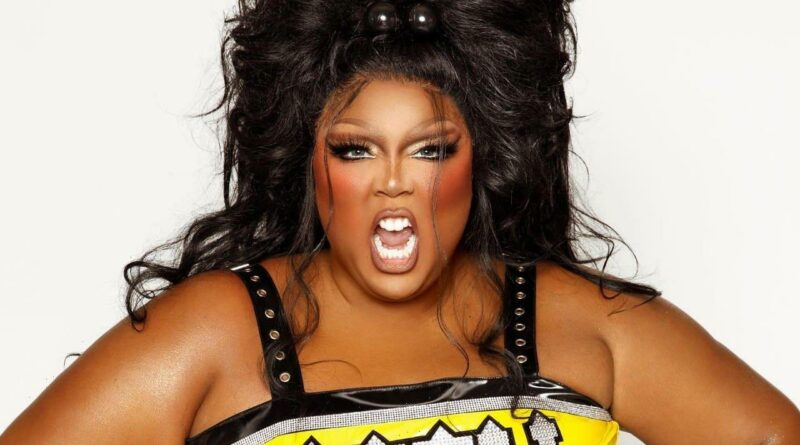 Aries comes under fire after he states in an interview that the female rapper has ‘got a very pretty face, but she keeps showing her body off’ and he takes issue with it.

AceShowbiz –Lizzo has found support in Mike Epps and her fans. After Aries Spears body-shamed the “Rumors” hitmaker, the “Friday After Next” actor and many social media users came to the femcee’s defense.

Aries made offensive comments about Lizzo in a video shared on YouTube. “I can’t get past the fact that she looks like the s**t emoji,” he said. “Very beautiful girl. She’s got a very pretty face, but she keeps showing her body off like, come on, man. Come on, yo.”

“I’m sorry. Listen, I ain’t the most in-shape n***a in the world but I still, when you funny and you got swagger and confidence and you decent looking – I think I’m at least handsome – you get p***y,” he argued. “But a woman that’s built like a plate of mashed potatoes is in trouble.”

The statements did not sit well with many on Twitter. “I’m not RTing that video but Aries Spears is filled with a bunch of self hate. That was disgusting to watch. I couldn’t even finish. So hateful, hypocritical, and delusion,” one person argued.

Another fumed, “This man looks like he’s ‘one out of order’ escalator away from passing on… what is he talking about?” Someone else questioned, “Y’all not the shame shape?”

Mike also addressed the interview. “He look dirty and sick and has not been on tv since mad tv,” the 51-year-old comedian wrote, to which Aries fired back, “Yeah but people don’t walk out on my shows!!”

“Might wanna turn down the volume on the shiny suites & jewelry & step ya funny up! YA KNOW……GET A LIL DIRT ON YA PIMP,” he added. “P.S. IM NOT TRYING TO START IT BUT I AINT GON RUN FROM IT EITHER!! AND THE ONLY REASON WHY I AINT TAG HIM CAUSE HE HAS ME BLOCKED.”

Aries also responded to the backlash. “I KNEW IT WAS COMING!!! If the people that are angry particularly women really paid attention to the art of dialogue interview one I even called myself out for needing to lose weight,” he explained. “and two more importantly the main point was celebrating the wrong thing there’s a lot of hypocritical women who also bash men at laughters expense.”

“but if you’re going to celebrate sister hood while lizzo’s confidence is commendable it’s also dangerous (MYSELF INCLUDED),” he went on. “the truth is in the name of sisterhood ya’ll do more damage in silence than you do in false celebration but that never gets talked about but yet shame on me!!”