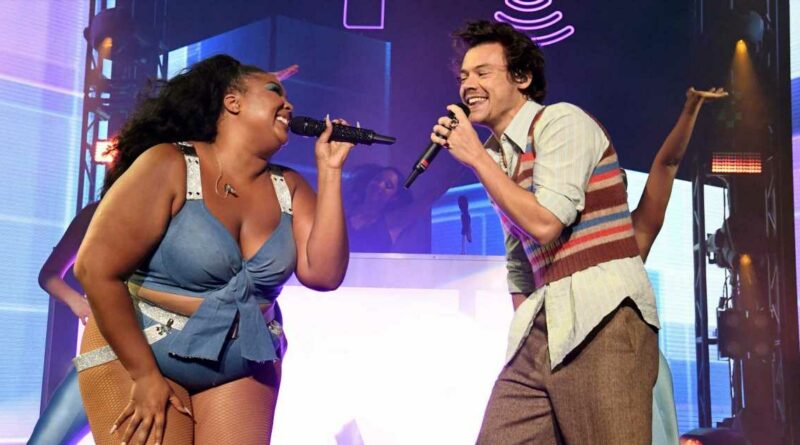 Musician BFFs Lizzo and Harry Styles had an onstage reunion at Coachella.

The pair performed together for the first time in both of their new album promotion cycles, with the “About Damn Time” singer joining the “Watermelon Sugar” crooner for his Weekend 2 headline performance yesterday. Per Variety, the friends duetted on a cover of Gloria Gaynor’s “I Will Survive” before switching to a rendition of the One Direction hit “What Makes You Beautiful,” all while wearing colorful fits and feather boas.

The Cuz I Love You singer also shared a selfie from the night on Instagram, a blurry pic of herself and Styles smiling and wearing matching pink outfits.

“Proud of you @harrystyles. Thank u for having me 🥺,” she wrote.

Lizzo and Styles’ friendship go way back, with the pair having covered each other’s songs for previous BBC 1 Live Lounge performances. Their last performance together took place in January 2020, the “Adore You” singer joined Lizzo at the SiriusXM & Pandora Opening Drive Super Concert Series in Miami to perform “Juice.”

The “Rumors” singer was Styles’ second surprise guest of his Coachella run, where he’s making his debut at the festival as a headliner. For Weekend 1, the Grammy winner brought out Shania Twain to perform covers of her songs “Man! I Feel Like a Woman!” and “You’re Still the One.” He also shared his special connection to Twain’s music.

“In the car with my mother as a child, this lady taught me to sing. She also told me that men are trash,” Styles said. “To you, to the memories you gave me with my mother, I will be forever grateful. I’m so grateful you’re with us here tonight. This is very special for me.” 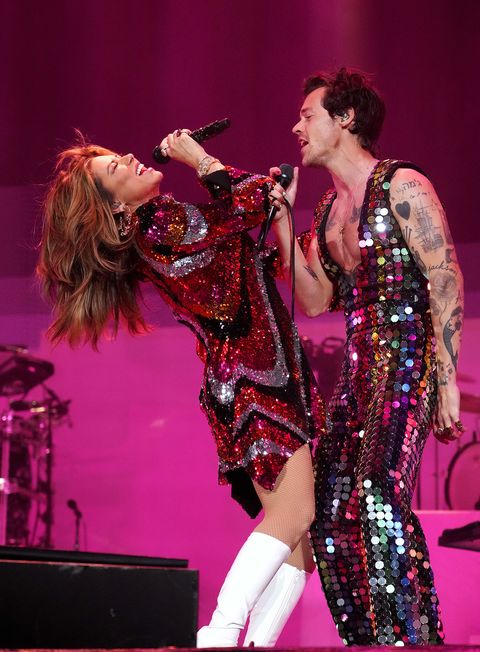 Though Styles’ time at Coachella is now over, he’s set to start his world tour in June, after the release of his upcoming album Harry’s House on May 20. With Lizzo also releasing her album Special this July, hopefully we’ll get another link up between these pop stars soon.