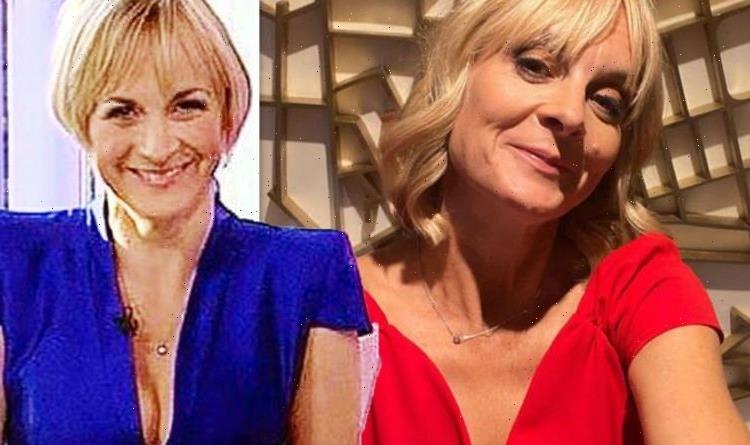 Louise Minchin gets emotional during her last day montage

Louise Minchin’s mother was reportedly left “absolutely horrified” after her daughter presented The One Show in a plunging top back in 2010. Hosting the popular BBC magazine show, a source claimed that the star, 53, was forced to make a last-minute outfit change after producers thought her designer dress too racy for TV.

She looked a bit too good for the time

Louise reportedly chose a gorgeous Alexander McQueen dress as the designer is said to be a firm favourite of hers.

A party political broadcast meant that the show was pushed back, leaving Louise and Chris to present a 30-second live trailer for the BBC programme.

But after the short clip aired, producers reportedly deemed the designer frock “too revealing” for the star to wear for the show, leaving her scrambling to find a replacement outfit in time for the programme.

Louise reportedly “ran” to the costume department where slipped a white top underneath her dress, which was owned by then host Christine, before dashing back to her space on the sofa.

A source claimed: “One of the production team came up to her and pointed out that she looked really good – maybe a little bit too good for that time of the evening.”

However, it wasn’t Louise who was left red-faced after being asked to change.

The source explained: “After the show she got a phone call from her mother, who had been absolutely horrified she had appeared in something so low-cut. “

They continued to tell the Mail Online that the BBC host luckily “saw the funny side” of the incident.

Commenting at the time, a spokeswoman for the BBC said: “It’s fair to say Louise Minchin had a dress dilemma before Friday night’s episode of The One Show.

“She looked a bit too good for the time.”

Earlier this month the former BBC Breakfast host put on a dazzling display in a cherry red dress as she voiced her support for her ex-colleague Dan Walker on social media ahead of his Strictly performance.

Smiling into the camera, Louise gave just a glimpse of decolletage as she donned a plunging, crimson number.

Keeping her make-up natural, the star wore her blonde tresses in curls that landed just above her shoulders, as she accessorised with a simple silver necklace.

Posing for the snaps, Louise playfully pouted before sharing the pictures to her grid.

Last month Louise stepped down from her role as presenter on BBC Breakfast after nearly 20 years at the helm.

The star said it was finally time for her to “stop setting her alarm for 3:40am”.

Just days ago Louise Minchin announced that she is planning to release a new book based on the challenges women face in sport.

Teaming up with publishing house Bloomsbury, Louise announced the news that her book Adventures With Superwomen will be released in September 2023.