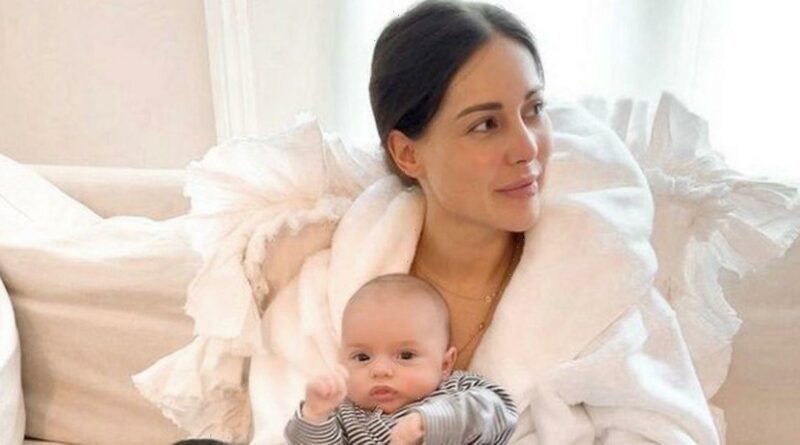 Louise Thompson has shared how she feels “sad” after only one friend has been able to meet baby Leo.

The former Made In Chelsea star, 31, has been open about her experience with her mental health after having her son Leo Hunter last November, after which the star spent five weeks in hospital.

She’s been open about struggling with PTSD since her difficult birth and has praised fiancé Ryan Libbey for supporting her through her difficult start to motherhood.

Now, the star has shared that only one friend has been able to meet baby Leo after her childbirth experience.

Posting an adorable photo of Leo to Instagram, Louise explained: “One of the things that makes me most sad about my childbirth experience is the fact that only one friend has got to meet this little guy in nearly three months.

“I’m worried life is running away without me. I honestly feel like all my plans for 2022 and my world have been shattered into a million pieces. Sometimes it’s so hard to be strong. #realtalk #11weeks #newmum”.

Louise’s fans were quick to offer words of support to Louise, with one writing: “Try not to be so hard on yourself, you are doing amazingly!”

One kind fan offered up her own similar experiences, writing: “As a mum of 3 who has suffered terribly after each birth, I can assure you those early months are about getting you back. The baby WILL meet everyone and you guys will be so in love. He will not have missed a thing – he has all he needs and more!!

“But for now it’s about survival. Get through the hours, they will turn into days and then the light will become brighter. I promise with every ounce of me. The only way through is talking and patience and knowing you are so loved”.

The reality star has previously described how she’s suffered from “depressive panic episodes” that can last for hours or days on end after experiencing “serious complications” during the birth of her son.

Louise has been open about her healing process and recently shared photos of an outing the family managed to make outside the house.

However, she admitted in a recent post on social media that she still struggles with leaving the house sometimes after “a hard few days” amid her current battle with PTSD.

“Gosh it’s been a hard few days… mental health is so strange because it’s invisible, so only words can make sense of it to others,” Louise captioned a post on Instagram.

"Anyway, yesterday there were a few beautiful hours including bath time with Leo and a big roast chicken for dinner. I keep pushing for more ‘normality’ even though it feels really really hard.

“Right now I don’t even want to leave the house.”

However, posting a series of colourful bouquets, she revealed she’d been spending some time flower arranging to lift her mood.

She wrote: “I haven’t actually worn makeup or snazzy clothes for a while (very unlike me) so instead I thought I’d post some pictures of some of the beautiful flowers that I’ve received or bought and have enjoyed arranging.

“One of my favourite past times.”

For the latest updates on your favourite celebs, sign up to OK!'s daily celebrity newsletter.