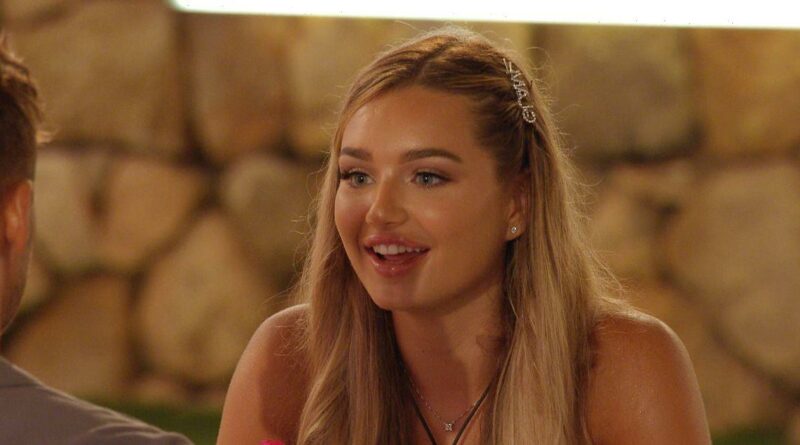 Love Island's latest bombshell Lucinda Strafford has been gaining a lot of attention in the villa, and is now becoming a talking point back home thanks to her unusual name.

The 21 year old blonde beauty made her debut on Tuesday night's show alongside Millie Court, with viewers of the show immediately rushing to the internet to find out more about the reality star in the making.

But they were left stumped when they found official documents related to her brand The Luxe Range, which revealed her full name.

According to the documents, the villa's latest resident's full name is Lucinda Frances Roy Strafford.

Get exclusive Love Island stories and fabulous updates straight to your inbox with OK!'s daily Factor 50 newsletter. You can sign up at the top of the page.

Lucinda appears to have inherited her business knowledge from her father Stephen Strafford.

Dad-of-four Stephen is the owner of Strafford Self Drive which has garnered 5,102 followers on Instagram and is a specialist vehicle business based in Brighton.

The business, which has provided hire, sale and service since 1983, boats a fleet of iconic cars and vans including a VW Microbus from 1966, a red Ferrari F430 F1, along with BMWs and Range Rovers.

Lucinda's brother Fraser Strafford was appointed as director of the business in 2018 and the business made a turnover of £348,446 in 2020, according to Companies House.

The Love Island beauty has shared a series of clips to her TikTok of her dad's flash cars and even filmed a "bring your daughter to work day".

Lucinda panned around the car dealership and gave a glimpse of the stunning cars which included a white Ferrari and even selfies with her dad.

Meanwhile Stephen has another business, Strafford Property Ltd, which is also based in Brighton and made a staggering turnover of £290,187 in 2020.

Stephen and Nancy Strafford share children Lucinda, Euan, Fraser and Rory. In her bio on Facebook, mum-of-four Nancy has penned: "Mother of four mad kids ….. well they are not kids any more …. but we all behave like we are."

Lucinda set her sights on a couple of the boys before entering the villa.

She said: "I'm a relationship kind of girl. The timing is right and I want to have some fun. I really fancy Brad. And then possibly Liam.

"But obviously I’m open to getting to know any of the other boys. I feel like Brad probably doesn’t like people as much as he’s letting on."