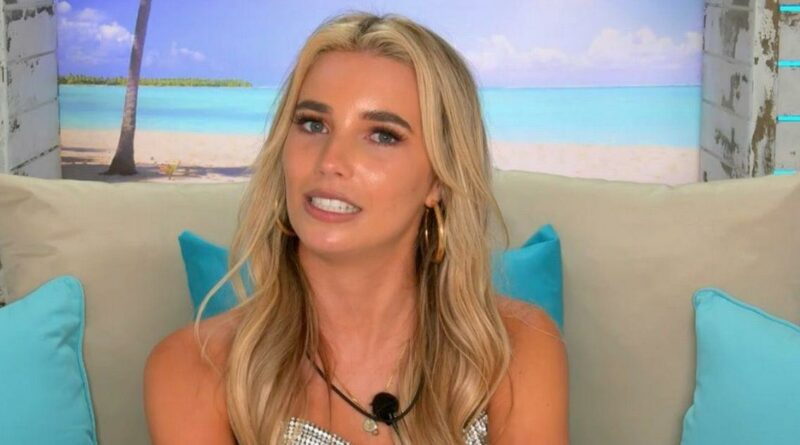 Love Island star Lana Jenkins’ secret heartache has been revealed after the 25 year old lost a celebrity pal back in 2020.

The makeup artist, who is also friends with former Coronation Street actress Michelle Keegan, paid tribute to CBBC actor Archie Lyndhurst, who passed away in September 2020 at the age of 19.

The star was the son of Only Fools and Horses actor Nicholas Lyndhurst and his mother Lucy revealed that he died in his sleep after suffering a brain haemorrhage in an emotional Instagram post.

“Archie you will be missed dearly and loved forever. What a pleasure to have known your wonderful personality,” the star wrote and added a love heart emoji.

The tribute to Archie, who starred in the CBBC series So Awkward, was shared alongside a snap of Lana with her arm wrapped around Archie during a night out.

Lana can be seen throwing her head back and laughing in the picture, which also features another of her friends, while Archie is wearing a black blazer and white patterned shirt and looking directly into the camera.

Lana and Archie knew each other from working on So Awkward together, with Archie starring as Ollie Coulton and Lana working in the makeup department.

The teenager was found dead at his family's home in west London.

CBBC series So Awkward and Still So Awkward aren’t the only TV shows Lana has worked on. She was also in the behind-the-scenes team at BBC One police drama The Responder starring Martin Freeman and Sky comedy series Brassic.

The latter is how she met Michelle, who publicly celebrated her casting on the ITV2 dating show.

Sharing a message of support for the talented makeup artist after the news was officially announced to the public, Michelle took to her Instagram Stories to post a photo of Lana’s official villa snap on social media.

The 35 year old wrote: “So our girl Lana is going into the @loveisland villa. Genuinely one of the nicest girls you’ll ever meet. Go and smash it darlin.”

Lana is currently coupled up with financial advisor Ron Hall, 25. In last night’s episode farmer Will Young expressed his interest in her, but she told the 23 year old that she only has eyes for Ron, who has also been on a date with bombshell Zara Deniz.

"Where's your head at about me?" Will asked her, to which Lana replied: "I think you are lovely, but I haven't got that spark about you."