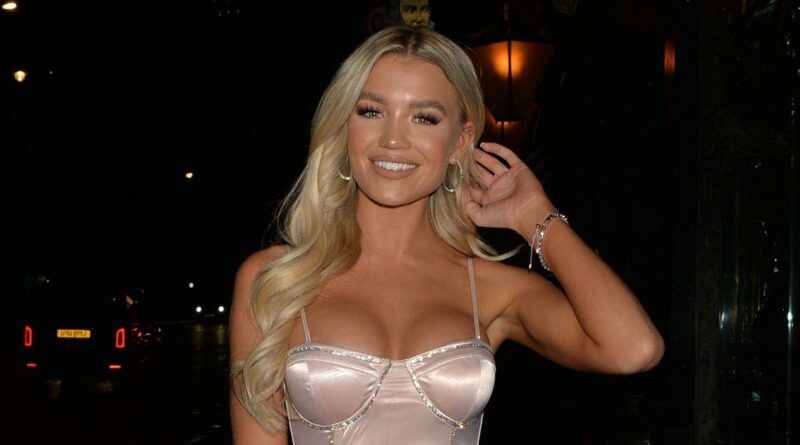 Love Island star Molly Smith has showcased the results of her new boob job on a night out on Wednesday.

The 27-year-old stunned in a pink silk mini dress as she attended the Club L London event with her fellow Islanders.

The reality star had previously vowed against surgery, but a few weeks ago went under the knife at Transform Hospital Group.

Molly has been open about her surgery on Instagram with her 870,000 followers after being quizzed by fans about having her boobs done.

In the past, Molly has been trolled with cruel messages online about her breast size and hit back at the trolls. Last year, she even mentioned that surgery was not for her.

In a Q&A last year on her Instagram stories, fans asked Molly about plastic surgery.

One penned: 'You are so naturally beautiful. Did you have any plastic surgery? Just curious.'

Molly said she had never been under the knife: “No I've never had any surgery or cosmetic surgery or anything.”

Before she mentioned that it wasn’t for her, Molly added: “Nothing against those who do, I just personally don't want it.”

Molly appeared on the winter version of Love Island in 2020, and coupled up with Callum Jones, after he famously left his partner Shaughna Phillips on the show for Molly.

Callum has said that the success of his relationship with the blonde model, Molly, has “proved a lot of people wrong”.

A year after leaving the villa, the couple have gone from strength to strength as they live together in a beautiful flat in Manchester with their little pug.

Speaking to OK!, Callum explained: "Yeah, we have [been one of the couples to last outside of the villa]. We've proven a lot of people wrong.

"A lot of people thought I was a traitor or whatever they want to call it, but yeah. Everything is going well. I mean, the show was worth it.

"I know I got a lot of stick when I was in there – to be fair I don't pay much attention to it – but I think it surprised a lot of people anyway."

Callum also admitted he’d be subject to some trolling, but it wasn’t as bad as Molly experienced.

He continued: "I don't really get any trolling at all really. Everyone that comments on the posts, are really positive."

Stay up to date with all the latest on Molly Smith by signing up to OK!'s daily celebrity newsletter .