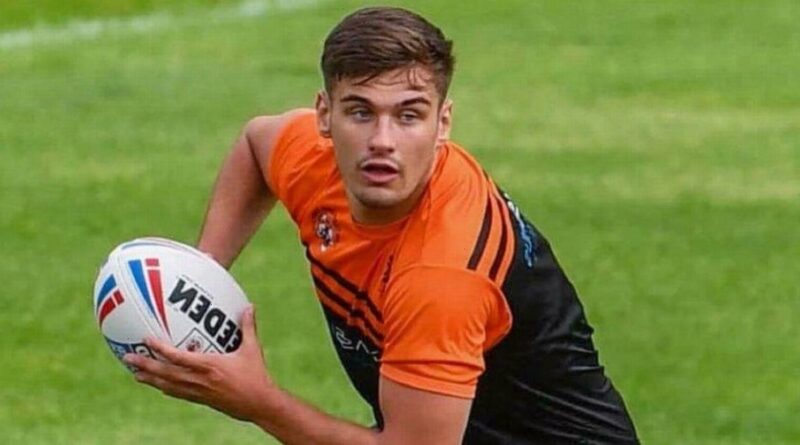 There's a chance that Jacques O'Neill could return to his beloved rugby career after he sensationally quit Love Island on Monday 11 July, saying that he wanted to "feel like himself again".

The 23 year old enjoyed a successful stint playing the hooker position for the Castleford Tigers before he entered the Love Island villa where he fell for Paige Thorne, 24.

The Castleford Tigers club announced last month that they had released Jacques from his contract "to allow him to pursue another opportunity".

In a statement following his announcement to join the show, the club revealed that they had not closed the door on the player.

The statement said: "The Tigers have the first option to sign Jacques back next year should he wish to return to rugby league."

Things were heating up for Jacques and Paige on the show before Jacques enjoyed a steamy smooch or two with newcomer Cheyanne Kerr, 23, whilst Paige stayed faithful in the Casa Amor villa.

After Jacques initially tried to win Paige's affections back, including writing her a long note on his Love Island phone, he made the shocking decision to leave the show after struggling with his emotions and wanting "to be himself again".

His departure and the effect of it on his Love Island cast mates, including Paige, were aired on Tuesday night's episode of the hit ITV2 show, left many viewers in tears.

In the episode, Jacques told Paige he was leaving and as the pair sat outside on the balcony, both looked on the edge of tears as Jacques said: "Oh f**king hell, you mean so much to me. You know that. The past two weeks… things have just, it's hard in here, I'm finding it hard.

"I'm trying to shut it off, putting a brave face on, things are getting to me. Basically, like, I just wish I could finish my journey off with you in here but I'm going to go home today."

A devastated Paige said that she didn't want him to go but she wanted him to be happy.

There was also an emotional exchange between besties Jacques and Luca Bish, who is coupled up in the show with Jacques' ex girlfriend of eight months, Gemma Owen.

One person wrote on Twitter: "NOT ME SOBBING OVER LUCA LOSING JACQUES".

Another wrote: "I was barely holding it together until Jacques and Luca started crying, it doesn't matter whether you liked Jacques or you didn't, what he is going through has clearly messed up his mental health, I seriously hope Jacques will be okay on the outside".

Confirming that Jacques was leaving the show, a Love Island spokesperson said: "Jacques has made the decision to leave the Villa. He will explain his reasons to the Islanders during tonight’s episode. We fully support his decision and look forward to seeing what’s next for Jacques."