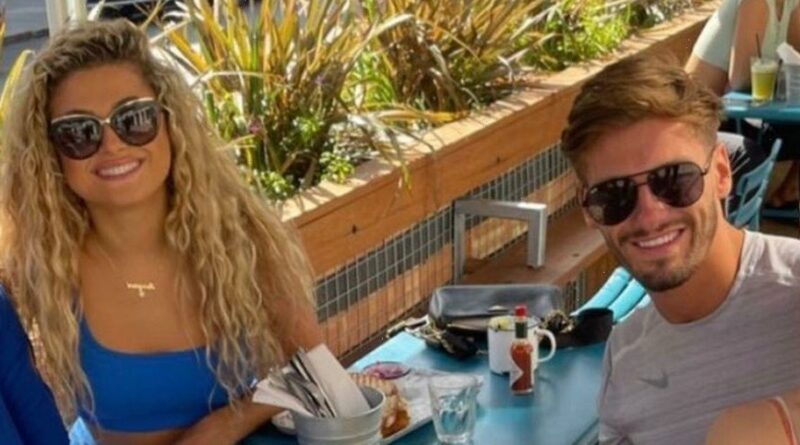 Love Island star Jacques O’Neill reunited with his fellow co-star Antigoni Buxton on Monday 18 July, as the pair were spotted sharing breakfast together after an emotional Aftersun appearance on Sunday night.

Taking to their Instagram stories, the chatty islanders could be seen tucking into a delicious breakfast spread alongside their families at Bluebelles Café in Mill Hill.

Cheerfully smiling and chatting away, Jacques could be seen enjoying his time with his mum Janet, as they got stuck into their breakfast fare with the rest of their families.

Alongside the adorable snap, Antigoni also shared a grinning selfie of herself alongside the Castleford Tigers player, which she captioned: “Bestie” alongside a red love heart.

Opting for the same royal blue colour scheme for their outfits, Antigoni even cheekily captioned a photo of herself sat next to Jacques’ mum with the words: “Not me and Janet in the matching fits!”

The blossoming friendship between the pair comes after Jacques elected to leave the villa for his own health.

Opening up on Sunday night’s AfterSun, Jacques explained that his decision had been necessary, after the situation began to get “way too much” for him in there, with the star admitting that he really just needed to see his mum and his friends again.

Speaking about his exit, Jacques admitted he had sat down to watch his final episode alongside his mum in an emotional and vulnerable moment.

"The first thing I did when I got home I watched the episode with my mum, the last episode," he revealed. "And I said to my mum, 'listen I've got no tears left', I've been so emotional."

"I literally stuck it on and I was putting on a brave face in front for my mum."

He added: "I've got a lot of work to do on myself and I know that. If that's what I've got out of this show and I'm going to be a better person.”

Since leaving the villa, Jacques has been spotted a few times in public, including in Leeds city centre where fans online had described him as “seeming much happier.”

Antigoni meanwhile has been going from strength to strength since her elimination from the Love Island villa, as she continues to promote her new and original music, including her upcoming single You Can Have Him.

Although the pair’s friendship wasn’t seen on screen, it’s clear there’s a strong bond between Jacque and Antigoni, with some fans even speculating that a romance could potentially be on the cards.

“They’re so cute together!” gushed one fan, while another added: “He looks so much happier, look at those smiles!”

“The OG couple we all deserved,” quipped a third.

Love Island continues every night at 9pm on ITV2.

For the latest Love Island gossip and spoilers, make sure to sign up to OK!'s daily celebrity newsletter and Factor 50 – your one stop for all the latest villa news.