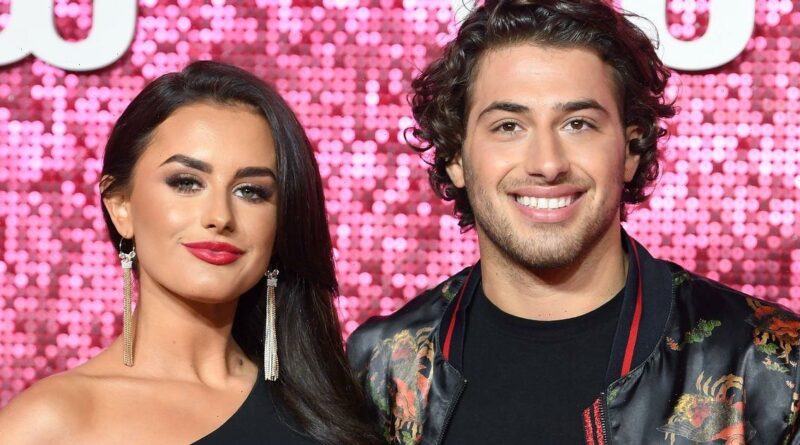 Kem Cetinay has hinted he would be interested in rekindling his romance with ex-girlfriend Amber Davies after liking a fan's comment about the pair getting back together.

The 25 year old and Amber, 24, met on the third season of Love Island, going on to win the show and become one of the series' most loved couples.

However, their romance fizzled out when they returned home, announcing they had split up just five months after jetting back to the UK.

But Kem has now sparked a frenzy amongst fans after posting a TikTok video about his time in the Spanish villa.

In the comical video, which sees him shaking his head about different situations, he wrote: "Everyone wants to be on the island until…"

He then listed: "No one steps forward for you, Anyone new can come and take your bf/gf on a date, You can't take a [poo emoji] in peace, Parents see you doing bits."

One fan commented: "Not gunna lie Kem, if you and Chris would've coupled up y'all would've been crowned," alongside a laughing face emoji, which the former barber liked.

But the comment that got fans talking read: "Still want you and amber back together," which Kem also liked.

Both Kem and Amber are newly single, with the hunk splitting from his girlfriend Lexie Hyller in December.

A source told The Sun at the time: "Kem and Lexie made a great couple but sadly they have grown apart over the past few months.

"She went home during lockdown and since then the travel restrictions have made it really difficult for them to see each other.

"Lexie told Kem she adored him but didn’t think they could carry on and he agreed. It's been really sad for both of them but it's all amicable and they're hoping they can remain good friends."

A source once again told The Sun: "Amber really thought she had found The One in Nick but sadly that now couldn't be further from the truth.

"Over the past few weeks they have been arguing and it quickly became clear that the spark between them had gone.

"Amber and Nick's relationship felt as though it had gone from nought to 60 in just a few weeks when they first got together.

"She was totally caught up in their romance and lockdown massively amplified the situation."